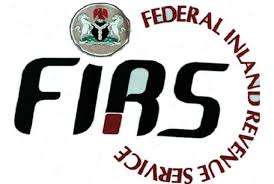 The Federal Capital Territory Internal Revenue Service (FCT IRS) says it has registered 1.2 million taxpayers in its data base.

The Executive Chairman of FCTIRS, Mr Abdullahi Attah, explained that the service leveraged on existing biometric data base like that of National Identity Management Commission (NIMC) to register them.

He said the taxpayers were captured adequately, correctly and they were given unique identification numbers that could not be duplicated.

According to him, inline with the ongoing reform on tax administration, the service did the registration online without bringing taxpayers to offices physically to do so.

“In the past, taxpayers have to go to tax offices to register and take their biometrics and that is when Federal Inland Revenue Service (FIRS) was collecting taxes on behalf of FCT.

“As part of the reform, you don’t have to come in person, through the system and various data base, we are able to identify residents of FCT and registered them accordingly.

“Thereafter, sent them text messages and give them Unique Tax Identification Number (TIN) as required by the new Finance Act.

“We are also evaluating the possibility to key into a tax administration system known as Integrated Tax Administration System (ITAS) which is purely technology driven” he said.

The chairman disclosed that the service under his leadership was working towards making its tax administration 100 per cent technology driven.

He added that, if that was achieved, registration, filing of tax return, assessment and payment of tax would be done electronically.

Attah expressed hope that in the next two years, the service would have completed that and hence its activities would be fully driven by technology.

He said the service was determined and committed to expand the tax net by bringing all the taxable individuals within the territory to the data base.