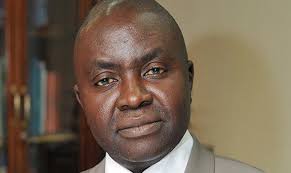 The Lagos Chamber of Commerce and Industry (LCCI) has reported that the increase in Gross Domestic Product (GDP) growth recorded in Nigeria is still sluggish.

Its Director-General, Dr Muda Yusuf, said in a statement in Lagos that the growth was still weak to create employment opportunities for the fast-growing population and lift millions of Nigerians out of poverty.

He urged the government to embrace structural, policy and regulatory reforms to unlock the huge growth potential in the economy.

Yusuf said that an assessment of realities in the macroeconomic environment indicated that the economy was yet to recover from the 2016 recession.

“The LCCI notes the marginal improvement in Nigeria’s output performance as GDP grew faster by 2.27 per cent compared to 1.91 per cent recorded in 2018.

“We note that the performance of key sectors that has the capacity to facilitate economic diversification was inspiring.

“However, the manufacturing sector, in spite of being the biggest beneficiary of Central Bank of Nigeria’s push for credit flows, continues to grow at a slower pace.

Yusuf said that growth of the sector was heavily weighed down by the oil refining subsector which slumped by 32 per cent in 2019.

“Also, productivity in the manufacturing sector continues to be challenged by tough operating environment, poor infrastructure and unpredictability of government policies,” he said.

He said there was need to focus on to agricultural mechanization, as over 70 per cent of farmers in Nigeria operate on a small scale.

“Also, there is need to support the sector with seedlings, develop rural infrastructure, provide modern farm equipment at subsidized rates and ensure linkage between agriculture and industry,” Yusuf said.

For the manufacturing sector to thrive, the DG called for fixing of power challenges to reduce cost and enhance competitiveness.

“Also, patronage of locally produced items, curbing of smuggling and dumping, reform of port processes and better port infrastructure would go a long way in growing the sector, ” he said.

On real estate, the Industry expert said there was the need to create an effective mortgage finance system, and reduce  interest rate.

He said that easing issues of land documentation and creation of long term pool to finance the sector were pertinent to ensure growth.

“Real estate is a critical sector, considering its employment-generating capacity.

“However, the absence of effective mortgage finance system, high cost of building materials, absence of long-term funds, infrastructure issues and weak macroeconomic fundamentals are major downside risks to performance of the sector,” he said.