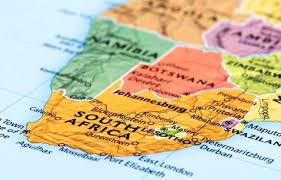 Africa’s largest bank by assets, Standard Bank, said on Thursday it could consider expansion into new markets, possibly via acquisitions, as its strategy to focus its resources on the continent had paid off.

While presenting the bank’s half-year results, its Chief Executive Officer (CEO), Sim Tshabalala, said it expected its African operations’ share of assets to continue growing relative to that of its home market, South Africa.

Tshabalala said the bank would fight fiercely for market share.

Even in the face of a stagnating home market, characterised by high levels of personal debt and widespread unemployment, the bank grew its headline earnings per share to 837.4 cents ($0.5591), against 794 cents recorded in the same period last year.

That 5 per cent increase was slightly better than the 3 per cent posted by Nedbank on Tuesday and helped to lift Standard Bank shares by 1.2 per cent in morning trading.

According to him, acquisitions are also a possibility.

Standard Bank’s extensive operations outside of South Africa helped it grow profits in the six months to June 30 by 5 per cent, despite a deteriorating economy at home.

All of South Africa’s major lenders have looked elsewhere in Africa for growth, but the size of Standard Bank’s continental operations gives it an additional boost.

The bank also said on Thursday it would exercise an option to dispose of its 20 per cent stake in the Industrial and Commercial Bank of China’s (ICBC) Argentinian operation – a relic from its abandoned foray into global emerging markets.

It expects to deliver a gain of about 600 million rand as a result of the transaction, saying that it will reinvest any proceed into its Africa-focused operations, which have produced more stable profit.