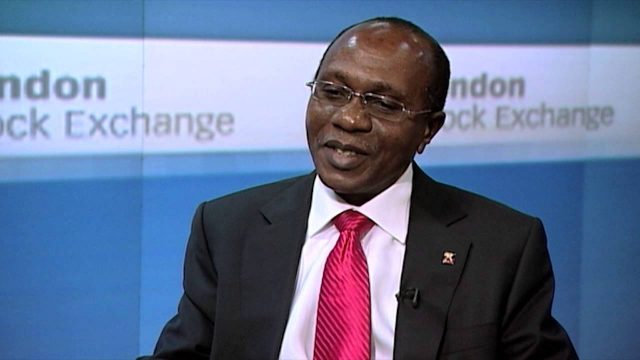 The Central Bank of Nigeria (CBN) has identified smuggling and dumping
as major sabotage of the Nigerian economic policies.

Mr Godwin Emefiele, Governor of CBN, said the sideline of a
consultative roundtable with some economic stakeholders in Lagos
titled, “Going for Growth”.

The rountable was to encourage participants to highlight important
building blocks that will lead to greater economic growth in the
country.

It also involves the CBN Governor listening to their ideas and views
on how productivity and investments by companies operating in Nigeria
can be improved.

Others include how to reduce the nation’s dependence on imported goods
and increase exports of non-oil goods and services.

“We have identified smugglers and people dumping goods as those who
sabotage those policies and we decided that we will deal with them.

“The strategy that we came up with is that we will not bother
ourselves with them.

“There is an agency of government that is responsible for border
control and if these people pass through the border control we would
use the instrumentality of being the regulator of the banking system
to make sure that we get the banks to provide all details about them.

He also said the CBN asked commercial banks to close those companies’
accounts and those of the top members of such entities.

The bank chief said CBN in due course would come up with the names of
those that had been identified.

“We want to be sure that we come up with something that is credible
and cannot be denied.

“At this stage we have already blocked the accounts of some in the
textile and rice and palm oil company.

“We are investigating those accounts and as information becomes
clearer, we can clearly say that they committed the offence.

“We would then go to the next level which is to forbid any Nigerian
bank from maintaining accounts for these people,” he said.