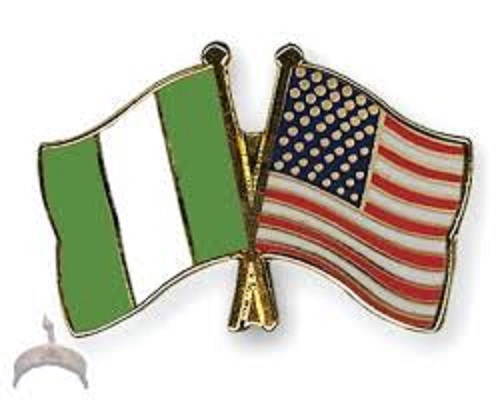 Goods imported from the US in the year under review totaled $2.7 billion while goods exported to the US was $5.6 billion.

The statistics were revealed in Lagos on Tuesday during a three-day USA fair which featured a gathering of exhibitors and business-to-business conference.

“The role and impact of US business on the Nigerian economy,” the President of the American Business Council, Nigeria, Dr Lazarus Angbazo, remarked that the trade data for capital goods and services indicated that the Nigerian market supports about 35,000 jobs in the US.

According to Angbazo who is also the Chief Executive Officer, General Electric Nigeria, the commercial and investment footprint of American businesses in Nigeria is deep, broad-based and hugely consequential.

“American businesses operate in virtually every sector of the Nigerian economy.

The notable brands include P&G, UPS, Citibank, Google, IBM, ExxonMobil, Chevron, Microsoft, KPMG, PWC as well as small companies like Rendevour , among others.

“Today, Nigeria is the largest US trade partner within sub-Saharan Africa and accounted for as high as 44.8 per cent of total US trade of $79.7bn in 2007.

Speaking of the fair which attracted more than 2, 500 exhibitors on opening day, the Commercial Counsellor of the US Mission to Nigeria, Mr Brent Omdahl, said the 2019 edition of the fair was the mission’s inaugural event.