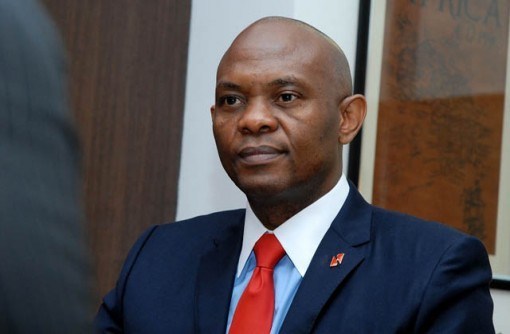 The African Development Bank (AfDB) and the Tony Elumelu Foundation have signed a Letter of Intent to accelerate youth entrepreneurship across Africa.

The Senior Communications Officer of AfDB, Mr Chawki Chahed made this known in Abuja on Monday.

He said that  a total of 3,050, young entrepreneurs across 54 African countries over the next year would receive support under this partnership.

According to him, the bank’s participation will enable an additional 1,000 entrepreneurs to benefit from the Tony Elumelu Entrepreneurship Program (TEEP).

He said it would provide the much needed opportunities to stem the rising tide of unemployment and inequality facing the continent’s youngest citizens.

The spokesperson said that the agreement was signed in Abuja, on March 22, 2019, pointing out that the Parminder Vir, the outgoing CEO of the Tony Elumelu Foundation signed on behalf of the foundation.

Chahed quoted Dibba-Wadda as saying that “youth are not Africa’s future, but our present. When youth have the chance to succeed, economies across Africa will grow, job opportunities will increase and the quality of life for the people of Africa will improve.

“Each year, more than 12 million youth enter the labor market, yet only three million jobs are created, leaving vast number of youth unemployed.

” Consequently, the poverty rate among youth in sub-Saharan Africa is 70 per cent, and expected to rise if urgent action is not taken.

She said these rising figures demonstrated the burning desire of the African entrepreneur to develop the continent.

“we must urgently convert this passion into viable businesses to develop our continent.

“This is a good signal for African youth, and a testimonial to the fact that strategic alliances between African institutions can achieve great impact for the benefit of Africa’s young men and women” she said.

The spokesperson noted that the partnership was aligned to the bank’s mission to leverage the expertise of African institutions, optimising proven solutions that empower African youth at scale, while ensuring their active contribution to the socio-economic growth of the continent.

According to him, in 2018, the bank secured 40 million dollars for the Youth Entrepreneurship and Innovation Multi-Donor Trust Fund, in partnership with the Governments of Norway, Denmark, Sweden, Italy and the Netherlands.

He said the fund was a grant vehicle managed by the bank to support the African entrepreneurship ecosystem.

He added that Its interventions would equip Africa’s youth with the requisite tools to establish start-ups and micro, small and medium enterprises (MSMEs).

﻿Spain to spur investment in Nigeria