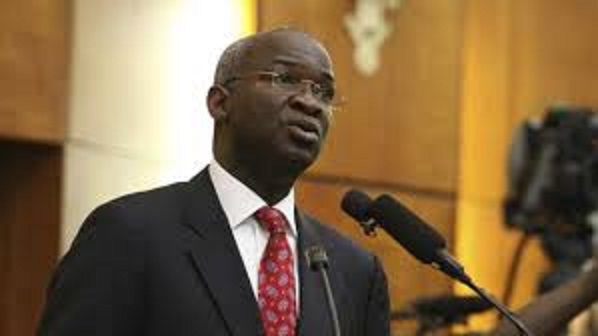 Minister of Power,Works and Housing, Babatunde Fashola has dismissed claim of an attempt to divert 600 million dollars (about N219 billion) from the loan finance for the 3,050 Mega Watts (MW) Mambilla hydropower project.

Fashola in a statement by his spokesperson, Mr Hakeem Bello on Sunday, described the allegation made by Mr Leno Adesanya, Chairman, Sunrise Power Transmission Limited, a hitherto partner for the project, as false and baseless.

Adesanya had in an online publication accused Fashola of attempting to divert about 600 million dollars from the 3,050 MW Mambilla power project fund to a solar pet project.

Adesanya had said in the publication: “I wonder why you would not tell Nigerians that loan negotiations with China Exim bank have stalled since 2017.

“This is because of your attempt to divert about 600 million dollars from the 3,050MW hydropower project to a pet project not hitherto considered by the Federal Executive Council (FEC)

“The Chinese contractors, and Eximbank are insisting on full compliance with the terms of the EPC signed in November 2017.

“ It was in anticipation of your covert operations to subvert the 3,050MW power project, that I wrote my initial petition to His Excellency, President Muhammadu Buhari 20 months ago; about your attempts to frustrate the 3,050MW Mambilla hydropower project.’’

Fashola in his response said: “Nothing is more further away from the truth than the claim that the loan negotiations have stalled since 2017 because of an attempt to utilise 600 million dollars from the 3,050MW hydropower project for a “pet project” not hitherto considered by FEC.

“There is currently no budgetary provision or cash provision of 600 million dollars in any budget of the Federal Government for the Mambila project, therefore you cannot attempt to divert what does not exist.

“For the avoidance of doubt, the China Exim Bank disburse money to specific projects and on conclusion of negotiations.’’

Fashola said the loan would be devoted to the construction of the Mambila Power Project, which has been on the drawing board for close to 40 years before the advent of Muhammadu Buhari-led administration.

He said the President was working assiduously to get the project off the ground.

Fashola said the latest publication of fictional claims by Leno Adesanya in a national daily and the social media was a desperate attempt to destabilise a project that they could not bring to fruition.

He also said the allegation of stalling the Mambilla project was untrue and baseless, adding that the events and relevant facts would show that the project was on course.

Fashola said he had presented a memo on the Mambilla Power Project to FEC in August 2017 which was the first ever FEC approval given to Mambilla project to a Chinese Joint venture.

The minister said he had also accompanied the President twice to China on trips that had the project as one of the headline agenda.

“ In June 2018, I attended, alongside officials of the Ministry of Finance, a meeting of the China Exim Bank to negotiate the terms of the loan for the project further.

“And only this week, after the FEC meeting, I briefed Nigerians about the approval of contracts for surveyors to demarcate the areas for the project.

“These are the first contracts to start preparatory work on the project after 40 years delay.

“These actions are not consistent with delay falsely being alleged by Mr Adesanya,’’ the Minister said.