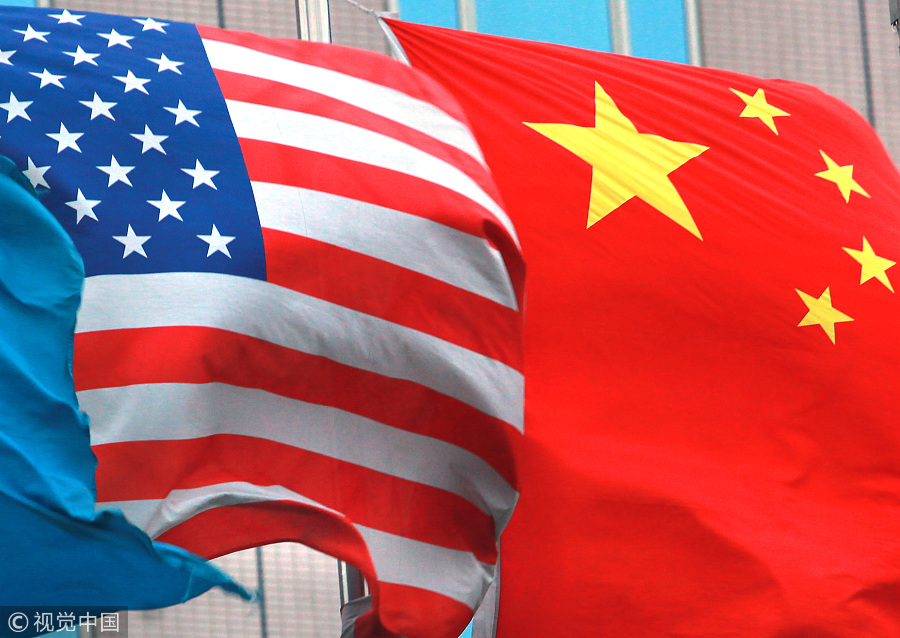 Global market on Monday experienced a boost following a truce reached between U.S. and Chinese leaders on trade tariffs.

The truce is fuelling a nearly one per cent surge on world stocks and pushing emerging currencies higher against the dollar.

European share benchmarks opened sharply higher, with Germany’s DAX .GDAXI – the most sensitive to China and trade war fears – leading the way with a 2.5 per cent rise to its highest level since Nov. 14, and Wall Street too was set for a stronger session.

The gains came after China and the United States agreed at the weekend to halt additional tariffs on each other. The deal prevents their trade war escalating as the two sides try to bridge differences with fresh talks aimed at reaching a deal within 90 days.

U.S. President Donald Trump also said “China has agreed to reduce and remove tariffs on cars coming into China from the U.S. Currently the tariff is 40 per cent”. That helped boost European autos more than 4 per cent .SXAP.

“We have a deal. That’s wonderful news for global financial markets and signaling the start for a year-end rally in risky assets,” said Bernd Berg global macro strategist at Woodman Asset Management.

“We are going to see a rally in emerging market and U.S equities, EM currencies and China-related assets like Australia. I expect the rally to last until year-end.”

MSCI’s all-country world index .MIWD00000PUS climbed 0.9 percent in its sixth straight day of gains and hit its highest level since Nov. 9. Emerging equities .MSCIEF rose 2.1 percent and were set for their strongest day in a month.

Asian shares kicked off the gains, with Chinese mainland markets .CSI300 .SSEC rising more than 2.5 percent while Japan’s Nikkei .N225 gained as much as 1.3 percent to a six-week high.

The risk-on mood drove the U.S. dollar 0.4 percent lower against a basket of currencies .DXY while against the euro it slumped 0.6 percent EUR=EBS.

The greenback has already come under some pressure from the recent subtle shift in the U.S. Federal Reserve’s policy communication to a slightly more dovish stance. Comments by Federal Reserve Chair Jerome Powell were interpreted by markets as hinting at a slower pace of rate hikes.

Market prices are reflected in a glass window at the Tokyo Stock Exchange (TSE) in Tokyo, Japan, February 6, 2018. REUTERS/Toru Hanai

Powell was scheduled to testify on Wednesday to a congressional Joint Economic Committee but his hearing is expected to be postponed to Thursday because major exchanges will be closed on Wednesday in honor of former U.S. President George H.W. Bush, who died on Saturday.

Florian Hense, economist at Berenberg, said the market rally would not bring a return to a more hawkish Fed stance.

“We would need to see some rebound in economic activity to lift expectations of more rate hikes,” he said.

The Powell comments had sent U.S. Treasury yields lower but they pulled back from the over two-month lows hit on Friday as 10-year yields rose three basis points to 3.04 percent US10YT=RR.

Germany’s 10-year government bond, the benchmark for the euro area, was set for its biggest one-day yield jump in a month, rising four basis points to a high of 0.347 percent DE10YT=RR. Yields on riskier southern European bonds fell across the board, with Italian yields down around 10 bps to new two-month lows. IT5YT=RR, IT10YT=RR.

Emerging currencies were among the main beneficiaries of dollar weakness, with an MSCI index up 0.6 percent .MIEM00000PUS. It was led by China’s yuan which rose one percent for its biggest daily gain since Feb. 2016 CNY=CFXS.

“Such positive sentiment won’t fade very soon … (the 90-day) period is not short, it’s long enough to soothe market sentiment,” said a trader at a foreign bank in Shanghai.

Elsewhere, oil soared more than five percent, a positive start after it had posted its weakest month in more than 10 years in November, losing more than 20 percent as global supply outstripped demand.