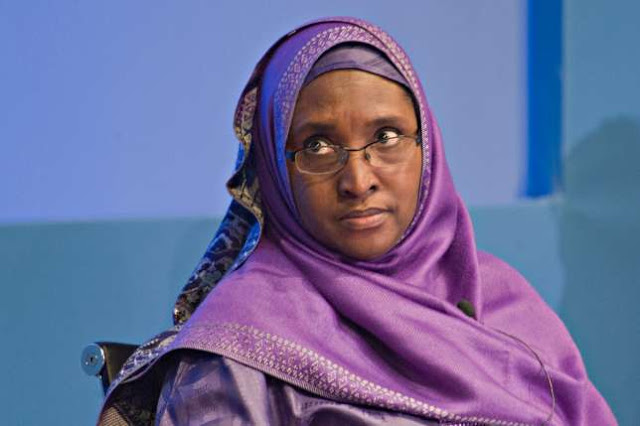 Nigeria’s finance minister Zainab Ahmed has asked the Central Bank of Nigeria (CBN) and Nigeria Deposit Insurance Corporation (NDIC) to investigate and prosecute directors that caused the collapse of Skye bank.
The minister said gave the directive when she visited the Management of NDIC,
She also urged the CBN to prosecute all other executive management that contributed to the collapse of other Deposit Money Banks (DMBs) in the country.
The minister expressed concern about the spate of non-performing loans in the banking industry.
She said the bail-out of distressed financial institutions was necessary in the interest of the stability of the banking system.
She also emphasised the need for investigation and prosecution of delinquent Board Directors and Executive management of financial intuitions who abused the trust placed on them by depositors.
She urged the CBN and the NDIC to use the recent failure of the defunct Skye Bank Plc as an opportunity to deal with those found culpable in the course of the investigations.
According to the minister, this will deter other operators as the Federal Government will not treat such serious infractions with levity.
The minister commended the NDIC for the thoroughness of its bank examination reports which was acknowledged in the banking system.
She also expressed appreciation to the Corporation for the prompt payment of its contribution under the Fiscal Responsibility Act.
She said: “The Federal Government regards the NDIC as a critical player towards the actualisation of its Economic Recovery Growth Plan (ERGP).
Earlier, the NDIC boss assured the Minister that the Corporation would ensure the recovery of all the debts owed the defunct Skye Bank and other banks in liquidation.
Ibrahim also expressed the Corporation’s determination to ensure prosecution of the perpetrators of the defunct bank by appropriate authorities.
“The primary concern of the NDIC is to ensure the safety of depositors’ funds and minimise the disruption of banking services.
“Since 1991, the aggregate payment to depositors, creditors and shareholders of 46 closed banks amounted to N11.75 billion, out of which the total payments to insured depositors of DMBs is N8.252 billion.
“A total of N2.89 billion was paid out to insured depositors of Microfinance Banks (MFBs) covering 81,657 individual accounts, while N69.60 million was also paid to insured depositors of Primary Mortgage Banks (PMBs).
“A total number of 46 DMBs are currently in liquidation, “Ibrahim stated.
The NDIC boss assured the minister that the Corporation had used the most appropriate failure resolution option in the case of the defunct Skye Bank.
He further said the corporation ensured that over 6,000 jobs were saved while its depositors continued to operate their accounts with the new Polaris Bank Limited which assumed its entire assets and liabilities.