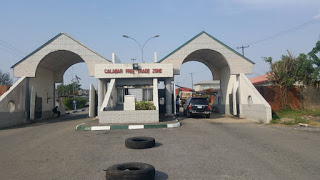 Before we start delving into other areas of
important facts on Free Trade Zone, like linking the Free Trade Zones/ Special
Economic Zones to local industries, and critical analysis of the ecosystem of
the scheme, Let us further expound the definition of Free Zone for the benefit
of other significant publics that may not be well knowledgeable about the
scheme but have part to play in the development and growth of the scheme in
Africa.
FREE ZONES have existed for several centuries. They
were established to encourage centre pot trade, mostly in the form of city wide
zones located on international trade routes. Examples cited by experts include:
Gibraltar (1704), Singapore (1819), Hong Kong (1848), Hamburg (1888), and
Copenhagen (1891).
The World Bank publication on Special Economic Zones
(2008) stated that the modern Free Zones are variants of these traditional,
commercial zones. The principles underlying the basic concept of a Free Zone
include:
·
Geographically delimited area, usually
physically secured
·
Single management/administration
·
Eligibility for benefits based upon
physical location within the Zone
·
Separate customs area (duty-free
benefits) and streamlined procedures.
The fundamental concept of a Zone is that it is an
alternative policy framework, developed by government, to promote policy
objectives of government. Sometimes this involves a specific geographical
region, often involves specific industry such as banking or insurance, or
companies with some common behavior such as export orientated, high technology
content.
Free Trade Zones are generally established within a
country, although there are few examples of cross border zones, where free
trade areas are established between countries.
The Free Zones of today are quite different from the
Free Zones of the past. Although they serve a largely similar purpose, they
have grown increasingly complex and are thus involved with an increasing volume
and variety of economic transactions. Contrary to the view of the Trade Bureaucrats
and Liberal Trade economists, the liberalization of trade has not eliminated
the need for Free Zones, but rather expanded their roles. As globalization
takes place the formation of Free Zones continues at an increasing rate (Robert
Haywood, 2000). It encourages export manufacturing.
As was stated in our first post and for matter of
emphasis, Free Zones are defined as “outside the customs territory” for the
purposes of the assessment of import duties and taxes. Free Zones typically
allow for duty-and tax-free imports of raw and intermediate materials and, in
many cases capital equipment. This is to lower the cost of production so as to
enable the product compete favourably at the international market.

Inland port in Rwanda for commissioning

Workers on strike over minimum wage