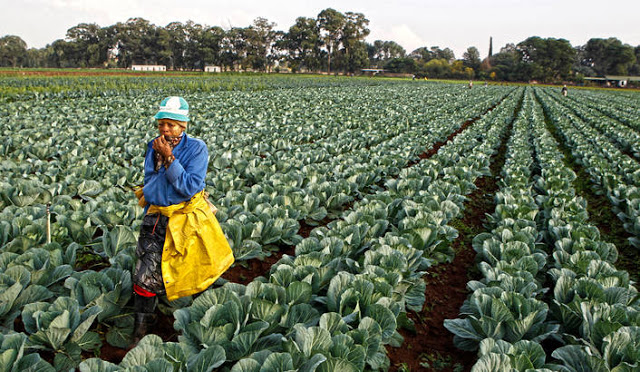 All Farmers Association of Nigeria (AFAN) has appealed to the Federal Government to strengthen the National Agricultural Insurance Corporation (NAIC) to be able to compensate more farmers whose farmlands were destroyed by flood.

The Chairman of AFAN, Lagos State Chapter, Dr Femi Oke , was reacting to the Seasonal Rainfall Prediction for 2020 and the Annual Flood Outlook forecasts on  flood situations and looming food scarcity that it portends for different parts of the country.

Oke said NAIC was set up by the Federal Government to provide insurance cover for farmers due to the unwillingness of conventional insurers to accept agricultural risks.

He said that many farmers had lost their money and life investments to flooding that affected  their farmlands and needed quick compensation.

He said  that many had been discouraged from going back to their farms due to lack of compensation and interventions from  government.

He appealed to  government to act fast in order not to further discourage many more small holder farmers from  going into agriculture as flood threatens more farmlands in the country.

According to him, we have observed that this year’s rain is going to be very much  more than that of the previous year; that is why we are experiencing flood in Kebbi, Bauchi, Jigawa and Nasarawa states.

“Whenever we farmers encounter problems  such as: flooding, fire, disease or pest outbreak on our farmlands, we usually don’t get compensation.

“When such incident happens , it does  not encourage us to return  to the farm. So, NAIC should be strengthened to oversee  issues caused by natural disasters  and compensate us  adequately,” he said.

Oke also  urged state governments to encourage and assist  their farmers to practise irrigation systems  on their  farmlands,  adding that farmers alone cannot shoulder the burden.

He added that government should also construct drainage systems and road channels around farm settlements to create water channels that can  prevent flooding.

“Also, irrigation should be introduced in places where we identified that are prone to flooding.

“Both the Federal  Government and governments of the affected states should work together by channelling or constructing drains and roads in order create water channel  whenever it rains.

“If we fail to do this, water will definitely find its level and that is why many farmlands are flooded,” he said.

Oke said that it was really difficult for individuals or small scale farmers to tackle flooding without government support, noting that all hands must be on deck to prevent food scarcity as a result of flooding.

According to him, small holder farmers are the ones producing food for the Nigerian market, so government should support and motivate them .

“Government  also needs to  make at least one bulldozer available in every local government area across the country to enable farmers access them to cultivate their farmlands,” he said.

Also, the forecast says that:  Kano, Kebbi and the FCT will experience heavy rainfall that may lead to  possible flooding and the destruction of farmlands  and properties.