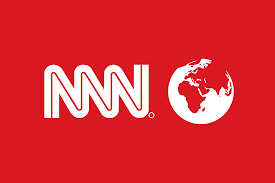 An economist, Prof. Olanrewaju Olaniyan, has underscored the need for the three tiers of government to improve on infrastructure and job creation to enhance the country’s economic growth and development.

Olaniyan, a Director at the Centre for Sustainable Development, University of Ibadan, said  in Abuja that empowering youths and women would go a long way to fast-track economic growth in Nigeria.

“Traditionally, if we want to improve economic growth, the most productive sector of the economy must work.

“Except people work, the country cannot grow. The level of unemployment is really having negative impact on the country’s economy.

“So, if we want to grow economically, then we must ensure every productive person is employed, and if you add the unemployment rate in the country it comes above 40 per cent.

“This means that four out of 10 are not working, especially those within the working age, and this is a big minus.

“If we want to grow, we must make sure that everybody that has the capacity to work is able to get opportunity to work,’’ Olaniyan said.

He said that for the productive sector to work, the business environment must be good and the infrastructure had to improve substantially.

He explained that the cost of funds to an average producer in the country was very expensive, adding that accessing bank loans always attracted high interest rate.

“Although the Bank of Industry and the Bank of Agriculture are providing job opportunities, they cannot do much considering the level in which the country is now.

“So, when you look at this, it constrains productive activities in the country,’’ he said.

Olaniyan said that due to the high cost of production, goods that were produced in the country were expensive, and that was why other goods that came from outside the country looked as if they were better.

“If we are able to improve on the infrastructure, definitely the prices of the locally produced goods will become lower and it will become more competitive, and then economically we will improve,’’ he said.

Similarly, Dr Tony Aziegbemi, another economist, said that for effective economic growth in the country, governments at all levels should focus more on youth and women empowerment.

Aziegbemi, a former House of Representatives member, Esan Federal Constituency, Edo State, said that the three tiers of government should be more concerned on how to get people back to work.

According to him, people need to be given jobs so as to contribute their quota for national development.

“We need to believe in Nigerians, every inch of this land is supposed to be a productive centre,’’ he said.

UK firm gets final nod for...