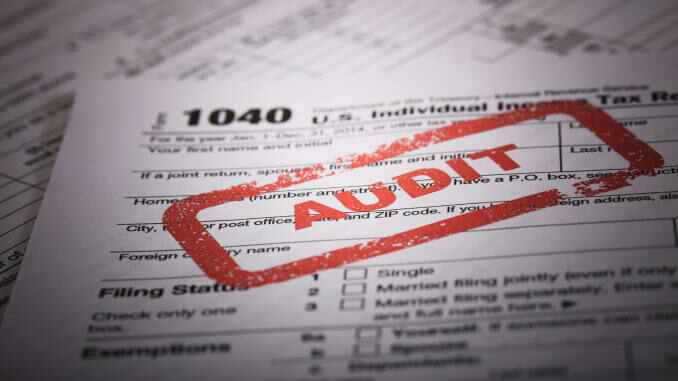 Capital market experts have called on the Federal Government of Nigeria to ensure the elimination of multiple tax audits to boost investment in the nation’s economy.

They made the call at the Sixth Triennial Delegates Conference organised by the Independent Shareholders Association of Nigeria (ISAN) held in Lagos.

The theme of the conference is “Elevating the Nigerian capital market for global visibility.”

Okunade said agencies of government, both federal and state, must work together to eliminate multiple tax audits and multiple taxation.

He spoke on the need to evolve a mechanism for collaboration between the federal and state governments to reduce multiple tax audits on taxpayers.

Speaking on the topic: “The role of taxation in developing the Nigerian capital market,” Okunade said tax audits should be harmonised, instead of different agencies conducting an audit.

“There should be harmonisation of audit under the umbrella of the Joint Task Force to conduct a single audit instead of different agencies doing different tax audits,’’ he said.

The expert explained that it had not been easy for companies or every taxpayer in the country to be paying taxes.

According to him, Nigeria is lagging behind in ease of paying taxes because of multiple taxation and other unfriendly tax laws.

He added that multiple tax audits and transaction costs discouraged investment as well as payment of taxes.

Okunade also called for the elimination of Value Added Tax on Commission and fees paid by investors to stockbrokers while investing in the capital market.

Also speaking, Mr Adeniyi Adebisi, ISAN National Coordinator, appealed to the government to pursue and implement policies that would enhance national interest rather than selfish interests.

Adebisi remarked that the capital market was a barometer for the nation’s economy.

He pointed out the need for the government to relax its hold on projects that required private sector involvement.

The coordinator, who spoke on the topic, “Capital Market as a Barometer of a Nation’s Economy,” said that if the capital market was developed, Nigeria would be opened to the world.

The more government gets involved in detailed projects, the less development of such projects.

“If the capital market is developed, Nigeria will be open to the whole world. Government cannot do more than what it has money for and that is one bad thing about what is happening now.

“We need to take steps to develop our capital market to gain global visibility,’’ Adebisi said.

According to him, the elevation of the Nigerian capital market to global visibility would not be achieved by mere wishful thinking.

Adebisi, therefore, said all hands must be on deck by all stakeholders – governments, investors, regulators and companies among others – to push the market forward.

On his part, Dr Oduware Uwadiae, the Chairman of the conference said the economy would grow with a well-developed capital market.

“We cannot underestimate the impact of the capital market on the Micro Small and Medium Enterprises (MSMEs). We have about 41 million registered MSMEs in the country.

“If one per cent of this number is nurtured and enlist on the Stock Exchange, it will make the market more vibrant.

“The capital market is a vibrant tool to grow the economy, especially for those that want to go into production.

“It is also the hope of the real sector, especially for those that intend to access funds,’’ Uwadiae said.

Confusion over U.S-China trade deal cause rise in gold prices