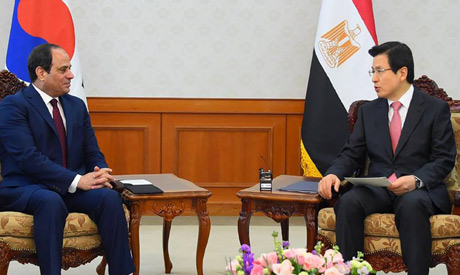 South Korea is seeking to boost cooperation with Egypt in all fields and to conclude a free trade deal in the process.

The South Korean Ambassador in Egypt Yoon Yeocheol said that bilateral consultations are underway to ensure the signing the deal to enhance Egypt-S. Korea trade partnership and facilitate the access of Korean exports to Egyptian consumers.

The ambassador underlined that Egypt is an important commercial and investment partner for S. Korea, citing the construction of the Egyptian-Korean Technological College in Beni Suef.

He detailed that trade exchange between Egypt and S. Korea hit more than $2 billion, noting that Korean companies operating in Egypt produce some 80% of Egypt’s exports of electronic devices with returns of nearly $700 million.

The ambassador added that S. Korean President Moon Jae-in is keen on paying a visit to Egypt, but the time of the visit has not yet been decided.