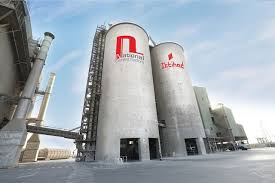 The South African firm was considering buying the 49 per cent government stake when it was put on the market earlier in the year.

Cimerwa said PPC Group was doing a share valuation before it could make an offer. But it never bid and the government has given up.

“We gave priority to PPC and allowed them time to make the bid, but the time we gave them elapsed without them getting back to us,” she said.

The pressure to sell the government’s stake in the country’s biggest and oldest cement maker started in March when President Paul Kagame expressed frustration about the company’s persistent poor performance.

The government set July 5 as the deadline for interested investors to bid for its stake, but no bid has come through.

The government, through the Rwanda Development Board, is looking for private investors.

Cimerwa had a chance to exert its dominance and expand its market share in the country’s cement market, especially at this time when imports from Uganda have been halted due to the ongoing political impasse between Kigali and Kampala, which escalated into border closure.

However, production deficits continued to plague the company, forcing the country to rely on cement imports from Tanzania and other East African states.

Cimerwa has continued to operate below its production capacity of 600,000 tonnes, amid increased cement demand attributed to big infrastructure projects like the Bugesera Airport, the recently completed Kigali arena, and the construction of secondary cities.

Nigeria gets social registry to capture the poor