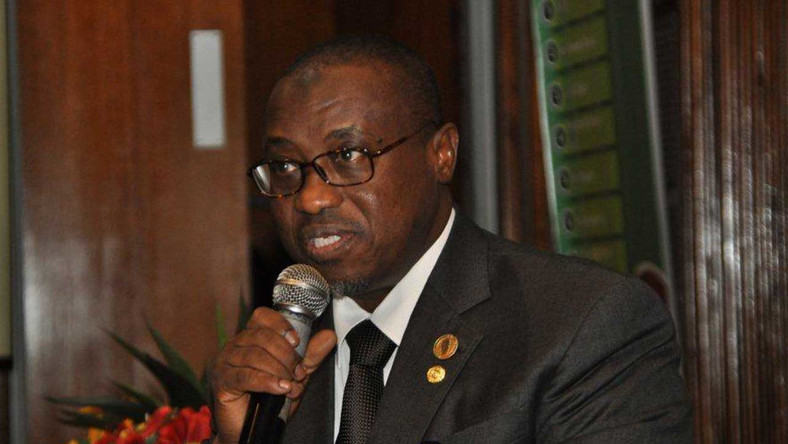 Baru disclosed when a delegation of the Nigerian Union of Journalists (NUJ) led by its President Mr Chris Isiguzo visited his office in Abuja.

“Since we came in July 2016, we are focused on increasing production of oil and gas and condensates.

“At some point, our national combined production was about a million barrels; I am happy that as at the end of 2018, we have moved on averaging last year, about 2.1 million barrels.

“As I am speaking, this morning, I look at our production figures, combined oil and condensates we are pushing 2.32 million barrels a day,” he said.

According  to him, the stability and ability to push production has come as a consequence of several factors, both internally, externally and also with the help of the media.

Commenting on the gas sector, he said that the corporation had also pushed from a low level of about 450 million standard cubic feet per day for the domestic alone and currently hovering at about 1.5 billion SCF per day of gas.

” Overall production of the NPDC, we are able to maintain it at close to 300,000 barrels per day. It is quite a significant boost,” he added.

The GMD further said that NPDC, had become the main supplier for gas for the power sector, supplying over 800 million SCF per day required to boost the production of power in the country.

” Currently, the power that we enjoy has about 80 per cent input from gas-driven thermal power plants.

“Our drive for transparency has also produced a lot of fruits. We have been able to attract Foreign Direct Investments (FDI), into the oil and gas industry, and in 2017 alone, we have attracted about 3.6 billion dollars.

“In 2018, we have shot up by three billion dollars, at the moment, some of our officers are in London, where they are negotiating about seven billion dollars as FDI for the oil and gas sector.

“We are looking for further reduction this year, to about 20dollars per barrel,” he added.

On Exploration, he noted that at the Kolmani River prospect in the Gongola basin, the corporation targeted for the well to be done in 60 days, but because of the interest, “we are doing intensive testing and we still have not hit the Total Depth (TD).

“We think maybe by next week, we will be able to hit the TD of 14,250 feet. The TD is not sacrosanct. If we find that there are interesting signs beyond the TD, the rig has a capability of 20,000 feet.

“There are interesting things we are doing, all these to increase the reserves of the nation. This, we are doing assiduously,” he said

On the refineries, he said that the contractors were still on site with the review for effective evaluation, adding that the corporation expected that by October it would be concluded and it would move to look for financiers.

He urged the media to continue to support efforts that would help to protect oil infrastructure in the country.

Earlier, Isiguzo commended Baru on the transparency and efficiency in the management of the affair of the corporation.

He appealed to the security agencies, host communities and traditional rulers to support NNPC’s effort to protect the oil pipelines and infrastructure across the country.

He said that the union would partner with the corporation and continue to carry out its roles for the growth and development of the sector.

“We are committed to go beyond unionism to make impact in the society, which is our primary role and we have started that with the launch of our magazine ‘The NUJ Defender’.

“We believe that our collaboration NNPC will continue to help the sector and the country at large,” he said.