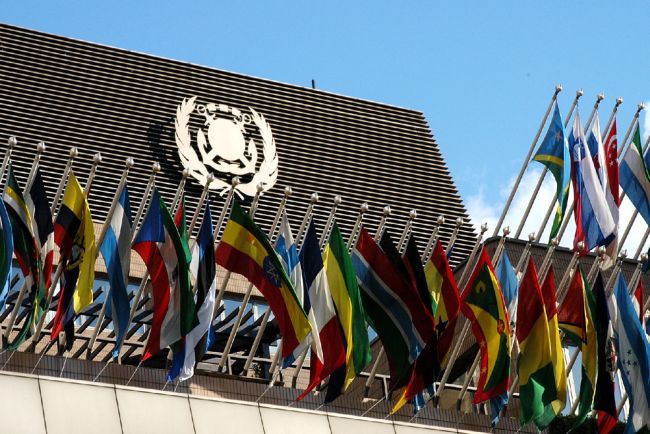 The International Maritime Organization (IMO) for West and Central Sub-region of Africa has revealed that over 90 per cent of the world’s trade is carried out by sea.

The Regional Coordinator of the Organization, Dallas Laryea, stated that maritime transport is essential to the world’s economy and is by far the most cost-effective way to move goods and raw materials including goods classified as dangerous around the world.

According to him, these dangerous goods or hazardous materials must be transported or shipped in a safe manner which guidelines the code outlines and is intended to protect the ship crews and to prevent pollution of the maritime environment.

He said the intended usage of the International Maritime Dangerous Goods (IMDG) Code is not limited to the ship crew but also personnel of industries and services connected to the shipping of dangerous or hazardous goods.

Coordinator Laryea stressed that the use of chemicals and substances which are classified as dangerous goods under the IMDG Code are far reaching, including petroleum, pharmaceutical products, hospitals, agriculture, mining, textiles and food industries which shows the effects such goods have on every one of us in one way or the other.

He pointed out that the main aim of the training in Liberia is to provide awareness training to shore-side personnel involved in the management of dangerous goods in packaged form and solid bulk cargoes in various aspects.

He said this will include correct identification ,classification, packaging, labeling, handling, storage, loading, stowage, unloading during sea transport and in port areas which will enable them to improve their understanding of the IMDG and IMSBC Codes to promote and enhance implementation and good practice when dealing with this mandatory instruments, as well as creating awareness of the potential environmental impact and the appropriate emergency and accident response procedures.

Coordinator Laryea maintained that it is IMO’s expectation that by the end of the training participants would have acquired an acceptable level of knowledge and understanding of the different concepts and matters related to the codes such as compliance, implementation and enforcement with a view to endorsing the safe transport of dangerous goods and solid bulk cargoes by sea and the associated operations in port areas.