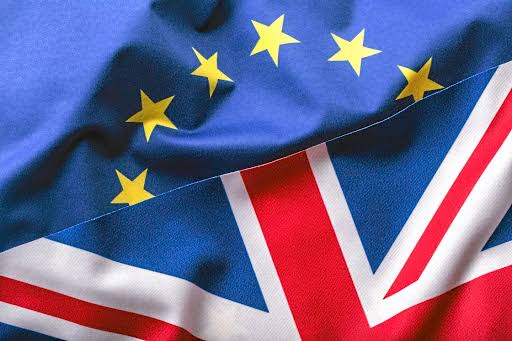 Britain’s planned exit from European Union (EU) would not disrupt trade with Lesotho and other South African countries.

Ms Macro, the first resident British High Commissioner in Lesotho in more than a decade, said she will prioritise collaboration with the government and the private sector “to identify and reduce barriers to trade, promote investment and stimulate economic growth”.

She said this in a recent interview with the Lesotho Times shortly after presenting her credentials to His Majesty King Letsie III in Maseru.

The presentation ceremony marked the formal re-opening of the British High Commission almost 12 years after it was closed in 2005. Up until now, Britain had been represented by a Pretoria-based high commissioner who was also responsible for South Africa and Swaziland. Swaziland is set to get its own resident high commissioner as well.

The appointment of Ms Macro and the re-opening of the diplomatic mission are part of the wider British government’s aims to increase its presence in Africa.

The move is seen as crucial to ensuring closer cooperation with the continent, particularly Commonwealth member states on trade and investment, cyber security and environmental protection.

She described the re-opening of the resident high commission as a “great opportunity to renew the United Kingdom’s historic relationship with Lesotho, a valued Commonwealth partner and friend”.

“Five years ago I accompanied former High Commissioner, Judith MacGregor, as she presented her credentials to Your Majesty. We arrived from South Africa the previous day and returned there a few days later.

“So I am thrilled that on this occasion I make no such return journey, but will be staying here in Lesotho, as the first resident British High Commissioner since 2005.

“In August last year in Cape Town, (outgoing) Prime Minister Theresa May set out plans to expand the British government’s presence in Africa.

“The relationship between Lesotho and Britain has remained strong in the years since 2005 but with a renewed focus on Africa, re-establishing a permanent British High Commission in Lesotho has been an important priority. This is the first step towards that and I hope that we will be able to celebrate the opening of a high commission building in the next few months,” Ms Macro said.

She said the high commission in Lesotho is one of nine new high commissions which Britain will be opening in Commonwealth countries over the next year.

“This (re-opening of the high commission in Lesotho) highlights the importance the United Kingdom places on our Commonwealth partnerships and will enable us to engage more closely on the shared vision agreed by Commonwealth Heads of Government in 2018, including on trade and investment, cyber security and protection of the environment.

“I look forward to becoming reacquainted with the many non-governmental organisations, partnerships and charities that bring British and Basotho people together including Skillshare International, Sentebale, the Wales and Durham Links and Kick for Life.

“I am also looking forward to deepening engagement with the talented young Basotho (and some who are now not so young) who have studied for postgraduate degrees in the United Kingdom under the British Government’s Chevening scholarship scheme.’’