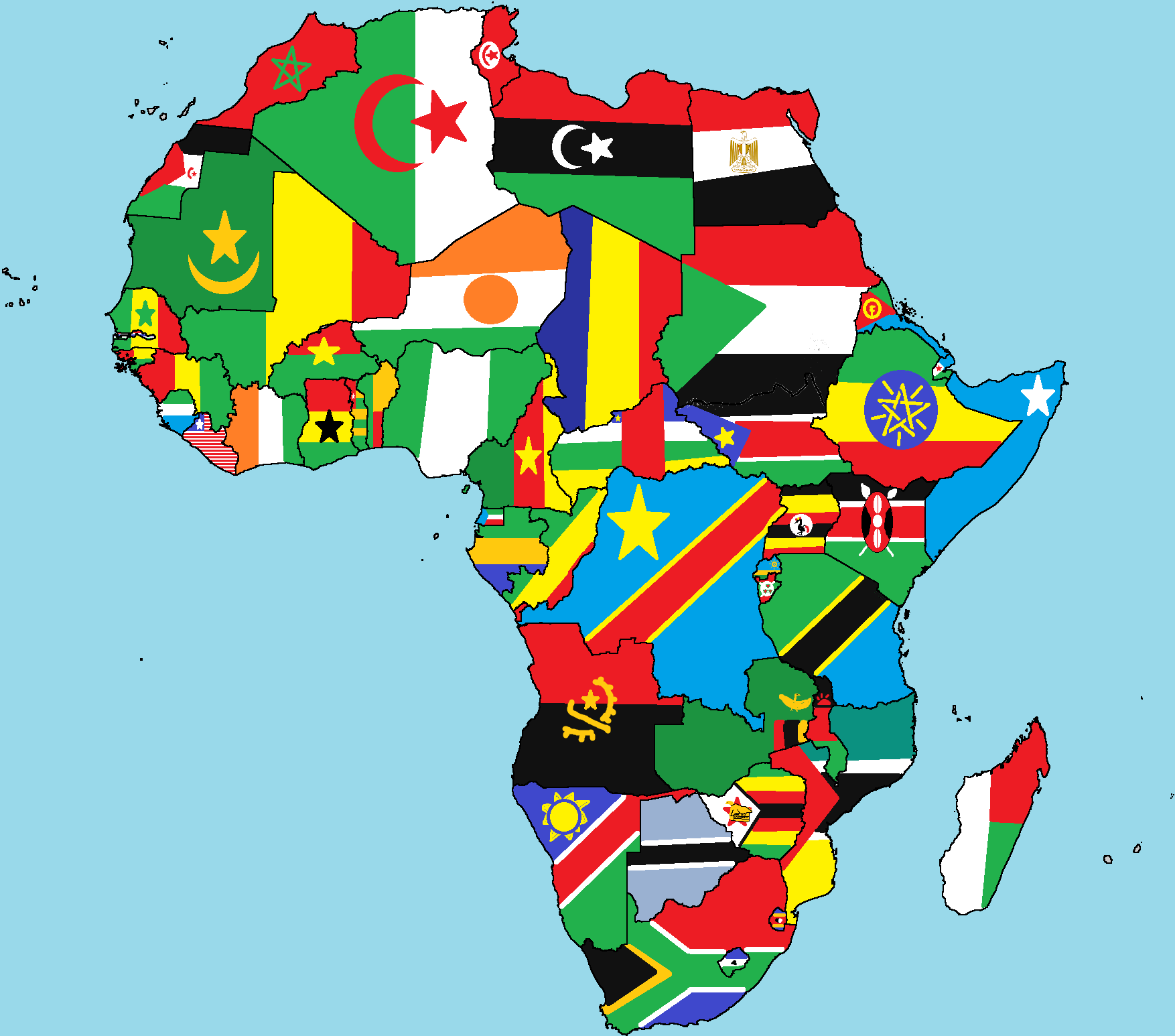 The world’s most valuable and largest free trade agreement will kick in on May 30, yet it is one that has gathered little mention in mainstream media: the African Continental Free Trade Agreement (AfCTFA).

The AfCTFA is the single largest FTA realized since the coming together of the World Trade Organization, but the lack of attention paid to it is an indication that despite globalization, trade that matters is perceived as being conducted solely by the United States.

China has been a major broker in the deal, using its diplomatic, political, and trade clout to harness an agreement that includes 52 out of 55 African countries (only Benin, Eritrea, and Nigeria have not joined). The AfCTFA covers an area worth over US$3 trillion in GDP and eliminates tariffs on 90 percent of goods traded across the continent. Over 1.2 billion African consumers will be impacted by the agreement.

Nigeria, which is Africa’s largest country in GDP terms, is currently out of the deal based on concerns raised by the Manufacturing Association of Nigeria, which views the AfCFTA as having a negative impact on its members. Nigeria does have a separate free trade agreement with China, but that has been viewed as less than positive as Chinese manufacturers began dumping cheap and poorly made products on the Nigerian market after its signing in 2010.

China has been pushing low-end manufacturing out of China and into lower-cost Southeast Asian markets, such as Vietnam, the Philippines, and Indonesia. Yet, these destinations too are slowly becoming more expensive with Vietnam now being close to capacity in terms of manufacturing facilities available in Hanoi and Ho Chi Minh City. The future writing is on the horizon: low-cost manufacturing over the next decade will start heading to Africa, and China still needs to buy cheap and reliably produced goods.

That goes hand in hand with the African resources that China is already committing to buy, and the Belt and Road Initiative is very much part of this. Infrastructure is continuing to be put in place, with China being at the forefront of energy, telecommunications, and transport projects throughout the continent.

That has been going on for the past ten years; when I visited Kenya back in 2012, the Chinese built Nairobi to Mombasa railway line was already being engineered. The Chinese have also built numerous presidential palaces in various African nations, including the African Union HQ in Addis Ababa.

China’s needs also fit in with those of a collective Africa. It has not gone unnoticed that parts of intra-African trade infrastructure are so poor that certain African countries sell more products to the EU than they do to their neighbors.

AfCTFA will, along with Chinese-built infrastructure, boost Africa’s manufacturing capacity, and Africa has and will continue to have a large labor force, although organizing and management skills are still very much required.

AfCTFA will usher in a shift from agriculture-based labor, which currently takes 50 percent of the continent’s labor, to industry, which is currently five times more productive in GDP terms yet lacks manpower. Some nations will suffer short-term pain to get through that transition.

Although the tariff reductions have been agreed to, again certain nations will suffer an immediate impact as these kick in, most notably in Burkina Faso, Ghana, Malawi, and Zimbabwe. However, competition policy and IP issues have already been agreed to, meaning that it is largely up to African entrepreneurs and businessmen to bite the bullet and get on with adjusting to a common market instead of concentrating on purely their own national commerce.

That appears to be a growth trend too, with IATA forecasting that Africa represents the second fastest annual growth market in the world in passenger aviation at 4.6 percent per annum. By 2037, Africa will see an additional 200 million passengers for a total market of 334 million passengers. That’s second only to Asia. And guess who will want to build the airport capacity, supporting infrastructure, and supply the aircraft?

Still to come in the short-term development of the AfCTFA, though, are issues including tariff schedules, rules of origin, and some specific arrangements on trade in services.

However, participating countries are expected to submit negotiated market access offers (import tariff commitments) by January next year, while agreement already exists to liberalize 97 percent of all tariff lines, accounting for over 90 percent of intra-African trade. In a manner similar to that adopted by ASEAN, the time frame for tariff liberalization in AfCTFA is five years (or 10 for ‘least-developed countries’). The rules of origin legislation is expected to be finalized next month, with protocols on investment, intellectual property rights, and competition policy to be put in place by June next year.

China, for its part, has already been making efforts to develop free trade development zones in Africa. One example is the expansion of the well-known (in China) Tianjin Economic Development Area (TEDA), which has essentially reached full capacity in Tianjin, yet branched out to establish a subsidiary in Egypt.

The TEDA is continuing to grow into a total area of 7.23 km2 in Egypt’s Suez Canal Economic Zone (SCZone), just east of the capital Cairo. They are not alone – Russia has done the same.

TEDA’s business model this time around will be slightly different. Instead of attracting foreign investors to Tianjin, they are now focusing on bringing Chinese investors to Africa. One is the Chinese fiberglass manufacturer Jushi, which has helped Egypt become one of the largest fiberglass producers and exporters in the world. Other free trade development areas are certain to sprout up across the African continent.

Professor Waleed Gab-Allah of Cairo University’s financial and economic departments has been quoted in Xinhua as forecasting a 50 percent increase in Chinese exports to the AfCFTA countries when the agreement comes into force. “The African free trade agreement will encourage more Chinese companies to work and invest in Egypt’s economic zone to benefit from the Suez Canal passage to Africa with reduced tariffs,” he said.

On a pan-African scale, the economic impact of AfCFTA will be significant. According to the African Development Bank, removing tariffs on intra-African trade will boost net income at the continental level by US$2.8 billion per annum.

Removing the ad valorem tariff equivalents of non-tariff barriers on goods and services would result in a 1.25 percent increase in net real income, or US$37 billion, while implementation of the WTO’s Trade Facilitation Agreement (TFA) would boost benefits even further, with an estimated aggregate real income gain of 3.5 percent, or some US100 billion.

In terms of the impact on trade, the AfCFTA stands to boost intra-regional trade (within regional economic communities) by 14.6 percent, while Intra-African trade would increase by around 107 percent. Further, the implementation of the TFA would grow intra-African trade by an additional further 51 percent.

These are significant figures. However, the AfCFTA is not just a deal to benefit the Chinese, although the structuring and timing of the agreement has all the hallmarks of Chinese organizational skills. International businesses from all over the world can benefit by establishing an African subsidiary.

Although Southeast Asia will continue to be a rapidly growing region for trade and commerce, as Africa develops via the new AfCFTA, it will start to become competitive.

I predict that within the next five years, we will start to see the beginning of moves made by foreign businesses who originally began their overseas manufacturing expansion for cost reasons to China, continue the journey to Southeast Asia, then head across to Africa. The AfCFTA has just bought that a massive step further into reality.