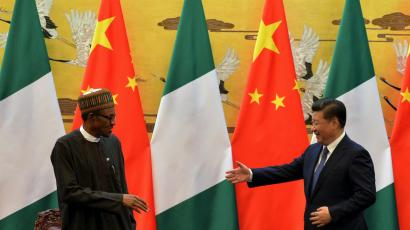 The four years of Dr Okechuwku Enalema in the Ministry of Industry, Trade and Investment, has seen a lot of imbalance with major trading countries.

A recent analysis on trade statistics show that trade relations between China and Nigeria is in disadvantage of Nigeria.

Data from National Bureau of Statistics disclosed that Nigeria recorded N6.83trn worth of trade deficit with China in the last four years.

As at 2015-2018 Nigeria imported goods worth N7.65 trillion from China and exported N6.83 trillion worth of trade deficit with China in the last four years.

Between 2015 and 2018 Nigeria imported good worth N7.65 trillion from China and exported N818.46 billion worth of goods to China, translating into a trade imbalance of N818.46 billion.

The ministry under Dr. Enalemah has also failed to rejuvenate the cotton, Textile and Garment CTG sector of the economy in the last four years, even though the government had approved a national policy on CTG yet it cannot meet the target.

The minister has recorded progress in ease of doing business reforms also spearheaded by the Presidential Enabling Business Environment Council (PEBEC). These reforms led to a reduction of challenges encountered by SMEs and other businesses in areas such as starting a business; access to credit; paying of taxes,  enforcing contracts or trading within and across borders,  and investor-interest in Nigeria has increased.

On strides made by the ministry in transforming the business environment, Enelamah said, through PEBEC, the ministry had made achievements which include the jump in the World Bank’s ranking on the ease of doing business and the removal of several bottlenecks in government processes