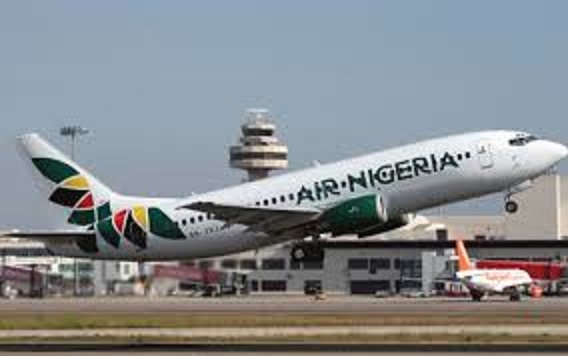 Nigerian airline, Air Peace, has unveiled plans for the aviation sector in 2019, assuring air travellers of packages, including exceptional long-haul flights to Dubai, Sharjah, London, Guangzhou-China, Houston, Mumbai and Johannesburg.
The Chairman of Air Peace, Mr Allen Onyema, gave the assurance in Lagos on Thursday where he urged staff of the airline to gear up to raise the bar of flight services to the travelling public in 2019.
The chairman commended the travelling public for preferring Air Peace and staying loyal to its brand in 2018.
He attributed the success of the airline in four years to the unflinching support its customers, pledging that the carrier would spare nothing in making their experience truly rewarding, exciting and safe.
“2018 was both challenging and exciting for us. It was the year we upped our record of firsts.
“In the year under review, we launched a number of domestic and regional routes under our no-city-left-behind project on the platform of our subsidiary, Air Peace Hopper.
“We also made history as the first domestic airline to acquire and register the Boeing 777 aircraft in Nigeria. We have so far acquired four Boeing 777s, with two already delivered.’’
He said that the airline has successfully renewed its International Air Transport Association Operational Safety Audit (IOSA) certificate and Air Operator Certificate (AOC) after a very rigorous process.
” We also diversified the aircraft in our fleet with the inclusion of six 50-seater Embraer 145 jets, which have so far helped our yuletide operations in no small way,”Onyema said.
According to him, the airline in September signed a deal with American plane maker, Boeing, for the delivery of 10 brand new Boeing 737 MAX 8 aircraft, making Air Peace the first to achieve the feat on the West Coast of Africa.
“We are sincerely grateful to our loyal customers without whose support, preference for our brand and patronage we could not have made a success of the target we set for ourselves in 2018.
“In 2019, we are going to implement a series of bolder decisions aimed at giving the flying public a truly exciting experience.
” Already, we have begun the expansion of our flight operations to the Murtala Muhammed Airport 2 (MMA2) in response to our customers’ wish for a better space to serve them.’’
He said that effective Jan. 2, 2019 with the operation of Lagos-Akure, Lagos-Asaba, Lagos-Kaduna and Lagos-Port Harcourt NAF Base services from the facility.
” All flights under our subsidiary, Air Peace Hopper will eventually be moved to MMA2,” he said.
Onyema said Air Peace was also going to give the flying public a reliable, safe, affordable and comfortable alternative on some international routes, including Dubai, Sharjah, Guangzhou-China, Mumbai, London, Houston and Johannesburg.
” Our staff have been wonderful with their commitment and dedication to duty through the years, but 2019 is one year all hands must be on the deck.
“This is to enable us give our customers the best flight experience on the domestic, regional and international routes and make our dear country, Nigeria and West Africa truly proud in the global aviation industry,” he said.