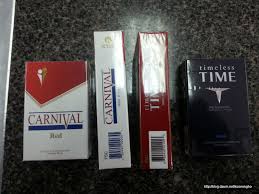 Cigarette sales in South Korea kept falling this year on higher price and the government-led anti-smoking campaign, a Government report showed on Monday.

The number of 20-cigarette packs sold here was 28.98 million for the first 10 months of this year, down 1.9 per cent from the same period of 2017, according to the Ministry of Strategy and Finance.

The monthly average figure gained to 3.05 million in 2016, but it declined to 2.94 million in 2017 as the government ordered tobacco companies to put graphic warnings on the upper part of both cigarette packs beginning December 2016.

The reading shed to 2.9 million in the January-October period of this year.

Despite the lower tobacco sale, the government collected 8.6 billion U.S. dollars in taxes from sales of cigarette for the first 10 months of this year, thanks to higher cigarette price.