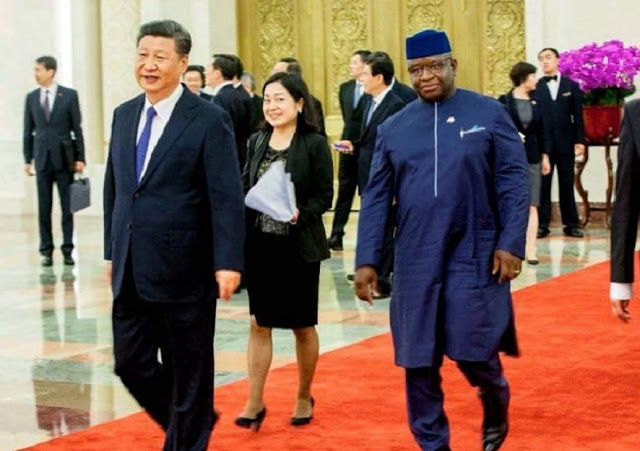 Chinese government has defended the $318 million airport project which Sierra Leone authorities have cancelled because of the high cost.
The construction of Mamamah International Airport, conducted by the China Railway Seventh Group with funding from China Exim Bank, was halted on Wednesday because it was “uneconomical,” the Ministry of Transport and Aviation said.
Sierra Leone’s former president Ernest Bai Koroma had launched the project and began construction in March, shortly before he lost power to Julius Bio.
Mamamah International Airport was meant to replace the current airport located in the small town of Lungi, a 45-minute and often unreliable ferry ride from the capital, Freetown.
China dismissed the claim of high costs on Thursday, saying the project was launched “on the basis of equal consultation, mutual benefit and win-win cooperation.”
“The Chinese government always encourages Chinese enterprises to engage in more consultations with local governments and channel more benefits to people’s livelihood sectors,” Chinese Foreign Ministry spokesman, Lu Kang, said during a news conference in Beijing.
President Bio, meanwhile, said he may instead renovate the airport in Lungi and is considering the construction of a bridge linking Lungi and Freetown.