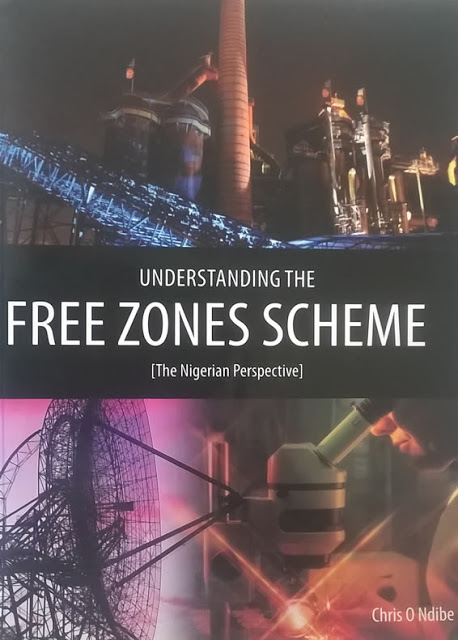 Nigerian Consultant on Free Zones, Mr Chris Ndibe, has identified that location and management of free zones could be more successful if they were operated on a cost-recovery basis.
Ndibe, who drew from the operations of free zones in Nigeria, identified that the benefits of the zones depended on the extent to which the zones were integrated with their host economies.
In his book, “Understanding Free Zones Scheme: Nigeria Perspective’’, the author carried out an expose on the guidelines on zones development, policy framework, incentive framework, regulatory and institutional framework and highlighted why private sector driven free zones are better.
With more than 35 years of experience in free zone sector, Ndibe also shared, drawing from benefit of hindsight, the links between the free zones and local economies.
He therefore advised that free zones should not be viewed as a substitute for a country’s larger trade and investment efforts but a “tool in a portfolio of mechanisms employed to create jobs, generate exports and attract foreign investment – through the provision of
incentives’’,
Ndibe has decided to serialise the book every Thursday beginning from today touching on the guidelines for free zones development, policy and incentive frame works.
GUIDELINE FOR FREE ZONES DEVELOPMENT
Introduction
The way Zones are located, developed and managed has links with its success.
It has already been argued that management of Zones is enhanced
when they are operated on a cost-recovery rather than subsidised basis,
and are market-oriented and customer focused. This is best done when
Zone operation is undertaken by private sector
groups on a commercial basis, rather than by government organisations
which frequently are subjected to political pressures and funding
constraints.

One
of the clearest lessons learned from decades of Free Zones, particularly
EPZ development, is that Zones cannot and should not be viewed as a
substitute for a country’s larger trade and investment efforts.
They are one tool in a portfolio of mechanisms employed to create
jobs, generate exports and attract foreign investment – through the
provision of incentives, streamlined procedures and custom-built
infrastructure.
But maximising the benefits of Zones depends on the extent to which they are integrated with their host economies.
The
benefits of Zone development are suppressed when they are operated as
enclaves, but multiplied when they are accompanied by countrywide
economic policy and structural reforms that enhance the competitiveness
of domestic enterprise and facilitate the development of backward and
forward linkages (JP. Gauthier, 2004).
Guidelines for Zone Development
Incentive Framework
Countries
are under pressure to offer a generous package of tax and duty
exemptions to provide a level playing field between competitors.
The package of fiscal incentives has become almost standardised among Zones internationally.
There is considerable evidence to suggest that some of these
fiscal incentives are ineffective and a drain on public resources, in
particular the use of tax holidays and other differentiated corporate
income tax regimes have been widely abused.
The
Free Zone Concept is been dynamic—always changing. In all countries that
are successful in operating the scheme, it will be that it is not
static; it changes to meet the needs, and changes with the economy.
Many zones have trimmed back their incentive benefits over time.