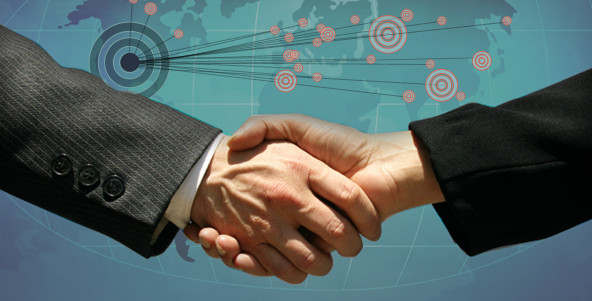 Nigeria, United Kingdom, Germany and China have signed trade agreements for investment commitment valued at $66.3 billion.
Minister of Industry, Trade and
Investment, Dr. Okechukwu Enelamah, noted that the $66.6 billion foreign
investment commitment would be felt by all facets of the country’s
economy during the implementation stage.
He unveiled the package in a chat with
New Telegraph at the Commerce and Industry Correspondents Association of
Nigeria (CICAN) public lecture in Lagos.
He stated that the pacts were the outcome of recently-held talks between Nigeria and the three countries.
Enelamah said that the discussions
focused on growth, investment and jobs and also provided a forum where
high level trade, investment, economic development and discussions will
take place further in the future.
Enelamah also revealed that based on the
agreement signed with Germany, the country’s automaker, Volkswagen, was
set to produce over two million units of vehicles per year in Nigeria as
part of the joint vision for the establishment
of an automotive hub in Nigeria.
He explained that the German automaker
was committed to realising Nigeria’s auto policy objective, noting that
the production of the two million vehicles would see Nigerian roads
being flooded with different segments of Volkswagen
vehicles when the implementation phase is completed.
According to him, Volkswagen is to
implement a phased approach in relation to the assembly of vehicles,
initially from assembly kits with the long-term view of establishing
Nigeria as an automotive hub on the West Coast of Africa.
Sparking on that of China, Enelamah
revealed that a total of 13 MoUs were signed with the Chinese
government, including that of Shandong Ruyi International Fashion
Industry for $2 billion investment in an ambitious cotton value
chain revitalisation project.
He said the investment would comprise
aggregation and off-take of cotton from farmers in Nigeria for ginning,
spinning and weaving; as well as manufacturing at least 300 million
metres of African print, which will meet 20 per
cent of West Africa’s demand.
The minister noted that the locations and
siting of investments by Ruyi Group in Nigeria include Enyimba City in
Abia, Lekki Free Trade Zone, Lagos and Kano Free Trade Zone, Kano.
On completion of the Ruyi cotton project,
Enelamah stated that it would put to an end importation of textiles as
there will be abundant local textiles in Nigerian market.
“We formed partnerships with Germany and
signed MoUs with United Kingdom, Germany and Peoples Republic of China.
This includes the German-Africa Business Delegation/NACCIMA MoU.

That is between the Nigerian Association
of Chambers of Commerce, Industry, Mines and Agriculture (NACCIMA) and
the German-Africa Business Association on capacity building and trade
facilitation.
“Agreement between the Nigeria
Incentive-Based Risk Sharing System for Agricultural Lending, (NIRSAL)
and the PETKUS Technologies GmbH, a company that specialises in
post-harvest agricultural value chain was also signed,” he said.
“With China, a total of 13 MoUs were signed with the Federal Government of Nigeria and its Chinese counterpart in Beijing.
For instance, the Federal Ministry of
Industry, Trade and Investment signed a MoU with Shandong Ruyi
International Fashion Industry for $2 billion investment in an ambitious
cotton value chain revitalisation project in Nigeria.
“The investment would comprise
aggregation and off-take of cotton from farmers for ginning, spinning
and weaving; as well as manufacturing at least 300 million metres of
African Print, which will meet 20 per cent of West Africa’s
demand.

CBN orders banks to give loans to agric, manufacturers at 9%