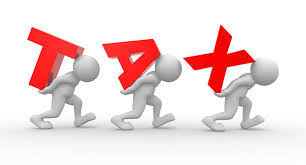 Nigeria’s Federal Inland Revenue Service
(FIRS) has resolved to embark on the audit of tax payers to boost
revenue collection, as it generated $11.4 billion in the past eight
months.
The huge tax record is coming on the
heels of the report by the National Bureau of Statistics (NBS) which
showed that Nigeria’s total value of merchandise trade dropped to $21.6
billion.
The Executive Chairman, Federal Inland
Revenue Service (FIRS), Mr. Babatunde Fowler said the tax record was
$3.3 billion higher, compared with the $8.2 billion recorded during the
same period last year.
Fowler spoke at a stakeholders’ forum in Lagos where he described oil revenue during the period as unstable.
“If you look at 2018
revenue till date, between January and August, we have done N3.5
trillion, which was N1 trillion higher than the amount realised over
same period in 2017.
“You can clearly see that even at current
prices, the oil revenue tax cannot fund our nation. The only way to
have a high level of tax compliance is to focus on the non-oil.
“A component of the non-oil happens to be
Value Added Tax (VAT) and we have found that a number of business
collect VAT and don’t remit it”.
Fowler also disclosed that his agency has
begun the audit of taxpayers throughout the country, adding that this
will lead to increased revenue collection.
“I also want to announce that we now have a consolidated database of all taxpayers in Nigeria under the Joint Tax Board (JTB).
“We just concluded it and before the end
of September, it will be made available to all state internal revenue
services and other government agencies like Immigration and Customs. It
will be available for tax administration”.
Meanwhile NBS Thursday said the total
value of Nigeria’s merchandise trade recorded a decline in the second
quarter of 2018, showing a contraction of 8.89 per cent.
In a report released Thursday, NBS attributed this to the decline in imports and exports in the second quarter.
The report showed that Nigeria however
recorded a surplus of $7.8 billion, which represents 8.36 per cent
increase compared to $7.1 billion in the first quarter in its trade
balance for the period under review.
NBS stated that crude oil accounted for
83.5 per cent of total trade while non-oil exports accounted for only
4.3 per cent of total exports.

Global investors look up to Nigeria