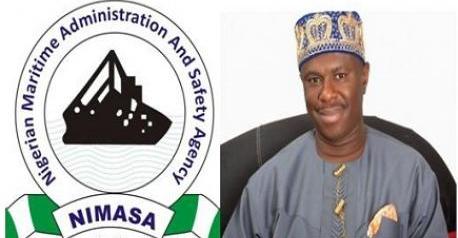 The Director General of Nigerian Maritime Administration and
Safety Agency (NIMASA), Dr. Dakuku Peterside has finally succumbed to
the legitimate calls by indigenous shippers to begin disbursement of
Cabotage Vessel Financing Fund (CVFF).
Addressing the media in Lagos recently, he said the fund has risen to
$124m and disbursement will take off between this year and next.
Peterside explained that during the period under review, there was an
increase in indigenous participation in Cabotage vessels manning,
ownership building and registration as a result of zero tolerance on
granting waivers.
He added, “We have also witnessed an increase in total number of
wholly Nigerian-owned vessels on the Nigerian Cabotage register. Half
year result shows 125 vessels were registered representing a 33 per cent
increase when compared with the 94 registered in the corresponding
period of 2017.
Leading maritime stakeholders had reacted to a recent DG’s definition
of NIMASA’s core mandate as advancing Nigeria’s global maritime goals
as false, saying the real core mandate is nothing but developing local
shipping capacities.
To stakeholders, there is no way the development of indigenous
shipping could be complete without the routine disbursement of CVFF and
TMF which are statutory provisions from contributions of shippers meant
for access to shippers for acquisition of new vessels.
Peterside had at a media chat in Port Harcourt two weeks ago, claimed
that “we are putting a lot of structures in place to ensure the Agency
remains on a sound footing and our efforts have attracted commendation
from the Federal Executive Council (FEC) and stakeholders within and
outside the maritime sector. We can only get better in our determination
to make the Agency perform the functions for which it was set up and
make it the leading maritime administration in Africa. This is why we
are continuously working hard and poised to making Nigerians reap the
benefits of the sector”.
However, in an interview, Mr. Lucky Amiwero objected Petersides’s
definition of NIMASA’s core mandate, saying by the Act establishing the
agency, “the mandate of NIMASA is to develop indigenous shipping
industry with resources within its powers”.
“Key in the resources of NIMASA for the development of local shipping
capacity includes The Maritime Fund (TMF) and Cabotage Vessels
Financing Fund (CVFF) which are statutorily domiciled in NIMASA.
He said the CVFF for more than 10 years of its introduction has not
been substantially accessed by any shipper and the inaccessibility is
affecting vessel acquisition capacities of shippers. He said NIMASA
cannot continue to confuse Nigerians on the core mandates of NIMASA as
the duties of the agency are clearly written down in the establishment
Act which is well known to every stakeholder in the industry.
Other stakeholders’ who spoke to our correspondents’ also disagreed
with NIMASA DG, saying time has come for the former House member to stop
contradicting gazette issues with personal definitions.
Majority of experts that commented on the matter on Sunday, hailed
the disclosed plans to begin the disbursement of the TMF and CVFF so
that indigenous shippers can acquire new vessels to compete favourably
in the Central and West Coast maritime business.
They however, cautioned against dumping the disbursement after the given notification as it has been in the past.