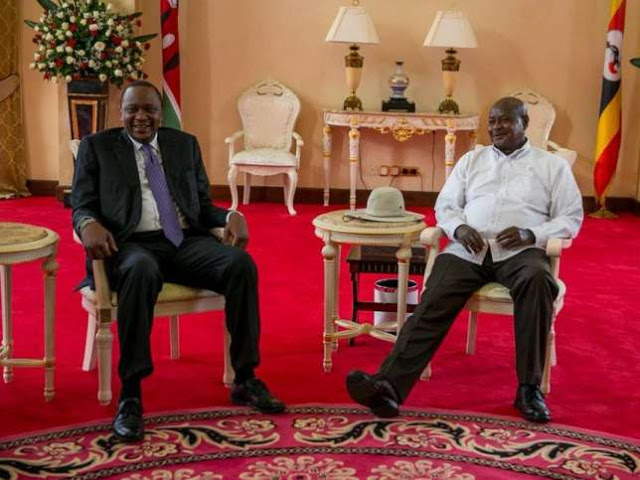 Kenya’s enviable position as the kingpin of the East African market is under threat.
For the first time, Uganda’s exports have surpassed its imports from East Africa’s biggest economy.
According
to trade data from Central Bank of Kenya (CBK), in the five months to
May 2018, Kenya imported goods from Uganda worth Sh30.21 billion
compared to exports of Sh26.08 billion, resulting in a trade deficit of
Sh4.13 billion.

Marking the first-ever trade deficit that
Kenya has recorded against Uganda, traditionally the largest buyer of
Kenyan goods, since the central bank started making trade numbers
public.
Poor weather as a result of a severe drought which ravaged
parts of Kenya last year and which was further worsened by invasion of
army worms which affected parts of Kenya’s bread basket region
responsible for producing the country’s staple crop, maize, saw Kenya
turn to ‘the pearl of Africa’ for increased maize imports than usual.
Data
from Kenya Revenue Authority show that Uganda accounted for 70.36 per
cent of the nearly 419,548 tonnes of kenya’s maize imports, an
equivalent of about 4.66 million 90-kg bags, in the five months to May.
For the first time, Uganda’s exports have surpassed its imports from East Africa’s biggest economy. (capitalfm.)
And as a result, Kenya’s import bill from Uganda
jumped nearly three times in the review period from Sh11.99 billion in
the same period last year.
Exports to Uganda has also been falling
marginally in recent years partly due to import substitution as more
factories spring up in Kampala, cutting off supplies from Nairobi.
Imports/exports trade deficits have traditionally been a feature of Kenya’s foreign trade and not within the EAC market.

Since the inception of East Africa community in 1967, dissolved in 1977, and revived in 1999, Kenya has continued to dominate the EAC market until now.
As
of December 2017, Kenya’s intra-EAC trade accounted for 34.8 per cent
while Uganda and Tanzania accounted for 28.3 per cent and 19.4 per cent
respectively.
The same cannot, however, be said about Kenya’s-China trade relations for instance.
The
country exported goods worth Sh10 billion ($100,000) to China in 2016
but imported goods worth Sh337.4 billion ($3.374 billion) from the Asian
country, indicating a trade deficit of a whooping Sh317.4 billion
($3.174 billion).