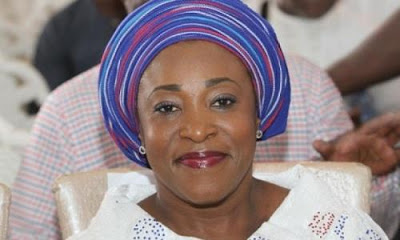 Foreign Minister Shirley Ayorkor Botchwey met her Latvian counterpart
Edgars Rinkēvičs at the weekend in Latvia while on a working visit to
that country.
She was accompanied by Ghana’s ambassador accredited
to Latvia, Gina Ama Blay, and a 14-member delegation of businessmen and
government officials, led by Yofi Grant, Chief Executive Officer (CEO)
of Ghana Investment Promotion Center (GIPC).
During their meeting,
the ministers discussed topics of current importance in bilateral
relations between Latvia and Ghana, with a special focus on cooperation
in economy, trade, information and communication technologies, education
and science.
The Ministers agreed that the legal framework for
cooperation of the two countries should be expanded in order to promote
student and academic staff exchange, and make experience sharing easier
in the fields of mutual interest, including food and chemical
industries, electronic solutions for public administration,
digitalisation in the agricultural sector, as well as forestry and
environmental development.
Edgars Rinkēvičs congratulated Ghana on
the plans recently announced by the American Google company to open an
artificial intelligence centre in Accra, the capital city of Ghana, and
he also pointed to opportunities for cooperation in the ICT sector.
The parties also shared views on the need to explore the potential for contacts in aviation and tourism.
The
Foreign Ministers discussed cooperation between Latvia and Ghana in
regional formats: joint activities in the United Nations and
relationship between Ghana and the European Union, and latest
developments in relations between the African Union and the EU.
Other
topics reviewed were the withdrawal of the United Kingdom from the EU,
the increasing role of China in the African continent, and Ghana’s
economic relations with China and India.
The parties agreed to continue the exchange of high-level visits and promote political dialogue.
Ms
Botchwey also met with the State Secretary of the Ministry of Economy,
Ēriks Eglītis, the Deputy Speaker of the Saeima (the Latvian
Parliament), Inese Lībiņa-Egnere, the Deputy Chairman of the Saeima
Foreign Affairs Commission, Rihard Kols, as well as MPs Andris Morozovs
un Veiko Spolītis.
Ghana is one of the largest trade partners to
Latvia in West Africa, and the Ghanaian Minister for Foreign Affairs and
Regional Integration brought along a business delegation, which took
part in the Latvia-Ghana Business Forum.
The networking event,
organised in association with the Investment and Development Agency of
Latvia (LIAA), demonstrated the interest of Latvian companies in the
Ghanaian market.
The business delegation also held meetings with
representatives from the education sector and visited various
pharmaceutical and ICT companies.
In addition, the Ghanaian
delegation met with representatives from a Latvian Non-Governmental
Organisation, ‘Green Freedom,’ which is implementing a social business
project in Ghana.
Mr Yoofi Grant disclosed that the three Baltic
States have expressed desire to embark on a major investment drive in
West Africa using Ghana as gateway.
The Baltic States, located in
the north-eastern region of Europe, include Estonia, Latvia and
Lithuania on the eastern shores of the Baltic Sea.
Speaking in an
interview after participating in the Ghana – Latvia Business Forum, Mr.
Grant stated the GIPC’s aim at the forum was to strategically position
Ghana to attract the majority of investment inflows from Latvia and the
rest of the Baltic world.
Touching on the uniqueness of the Latvia
educational system, Mr. Grant called on the government to offer
Ghanaians more opportunity to study there by increasing the number of
scholarships awarded to Ghanaians annually.
The State Secretary of
the Ministry of Economics of Latvia, Ēriks Eglītis, on his part,
pledged to engage stakeholders in his country to ensure that Latvian
education was made accessible to several more Ghanaians beyond the
current numbers.
Also, the Ghana Free Zones Authority charged the Latvian business community to invest in Ghana.

East Africa gets share of $60b Chinese African fund

How much is China’s $60-billion really worth?