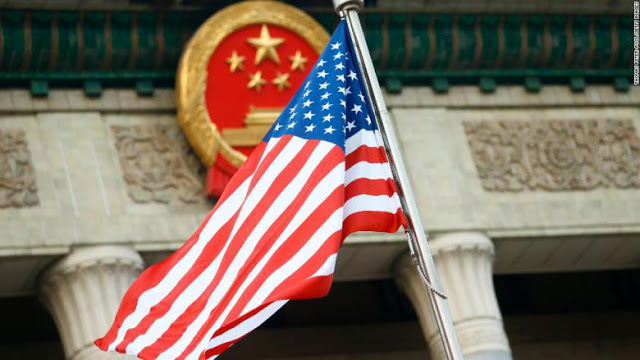 Global stocks fell at the start of the week, as escalating trade
tensions between the U.S. and China weighed on investors’ risk appetite.
The Stoxx Europe 600 was down 0.2% shortly after opening following
losses in many Asian markets. Futures pointed to an opening loss of 0.4%
for the S&P 500.
President Donald Trump approved tariffs of 25% on about $50 billion
of Chinese goods on Friday, prompting Chinese officials to hit back by
announcing the country would levy penalties of the same rate on U.S.
goods of the same value.
The moves exacerbate concerns among investors that the world’s two
biggest economies could descend into a trade war. Rising frictions in
international trade in recent months have already instilled uncertainty
in global markets, which are experiencing one of their most volatile
stretches in years.
Concerns about the fate of the North American Free Trade Agreement
and tariffs that the Trump administration imposed on European allies are
also adding to investor anxiety.
“Trade continues to weigh on the market and the China tariffs are a
big deal,” said Lindsey Bell, investment strategist at CFRA Research.
“It could get worse before it gets better.”
The 10-year U.S. Treasury yield fell to 2.917% from 2.926%. Yields
move inversely to prices. The WSJ Dollar Index, which tracks the dollar
against a basket of 16 currencies, was up 0.2%.
In Asia, Japan’s Nikkei Stock Average finished down 0.8% while South
Korea’s Kospi shed 1.2%. Bourses in China and Hong Kong were closed for
holidays.
In commodities, Brent crude, the global oil price benchmark, was down
0.3% as investors awaited a key producer meeting between the
Organization of the Petroleum Exporting Countries and other major
suppliers later this week. Gold was up 0.2%.
Source: Dow Jones