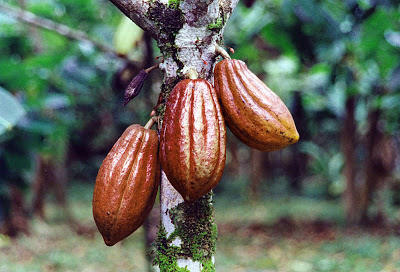 Ivory
Coast Trade Minister, Souleymane Diarrassouba says that boosting cocoa
processing in Ivory Coast will check price volatility and improve the
sustainability of the country’s cocoa sector.
Diarrassouba
told a conference in Berlin on Monday, that increasing the volume of cocoa that
was processed locally was a necessary step to help protect producing countries
from volatility on the global market.

A
large global surplus of cocoa in the 2016/17 season (October/September) sparked
a fall in New York futures in April 2017, to a more than nine-year low.
This
prompted the Ivory Coast’s Coffee and Cocoa Council (CCC) to cut the price it
paid farmers for their cocoa to 700 CFA francs (1.28 dollars) per kilogram from
1,100 CFA francs.
“Our
government wants to establish a resilient and sustainable cocoa economy that
can withstand price volatility which generates a living income for the farmers,
who are the weakest link of the chain.
“The
government has also made efforts to improve the investment climate in Ivory
Coast in a bid to attract the foreign investment it needs to boost the
processing,” Diarrassouba said.
Diarrassouba
told the attendees that Ivory Coast had set a goal of increasing local
processing of its cocoa from 30 per cent to 50 per cent by 2020.
Global
chocolate makers have been buying more cocoa through schemes aimed at stamping
out poverty, but benefits for farmers have been tempered by falling premiums
under the biggest and most popular of these programmes.
The
International Cocoa Organisation has forecast that Ivory Coast cocoa grindings
in the 2017/18 season (October/September) will rise by 23,000 tonnes to 600,000
tonnes.
The
inter-governmental body put the Ivory Coast’s crop for the present season at
two million tonnes, or about 43 per cent of global production.  thefreezoneblog