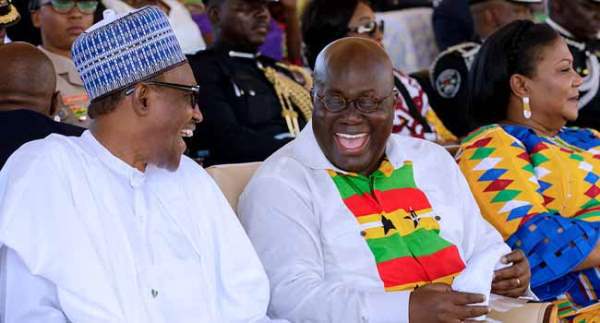 The 400 business outlets belonging to
Nigerians that were shut in Ghana would soon be re-opened following
intervention by relevant authorities.
Nigeria’s Deputy President of the Senate,
Ike Ekweremadu, said respite was coming the way of the Nigerian
business community in Ghana.
The government of the West African
country has promised to reconsider its policy on foreign businesses,
following his intervention.
Ekweremadu said the implementation of the
policy had led to the shutting of over 400 shops owned by Nigerians in
the Ashanti Region of Ghana.
The lawmaker, who is a former Speaker of
the Parliament of the Economic Community of West African States, gave
the indication on his Facebook page, following his discussions with the
Regional Minister of the Ashanti Region, Simon
Osei-Mensah.
The Government of Ghana in August this
year ordered the sealing off of over 400 shops belonging to Nigerians at
the expiry of an eviction order issued by the Ministry of Trade.
Ekweremadu noted that the freedom of the
peoples of the sub-region to ply their trades in any part of West Africa
was central to the prosperity of ECOWAS.
He said, “I spoke with the Regional
Minister of Ashanti, Ghana, my brother and former deputy at the ECOWAS
Parliament, Simon Osei-Mensah, over the weekend on the pains of the
Nigerian business community in the Ashanti Region of
Ghana on the sealing off of over 400 Nigerian-owned shops in Ghana,
especially in Kumasi.
“We shared thoughts on the need to uphold
the spirit and letters of the various ECOWAS Protocols as well as the
pursuit of the ECOWAS Vision 2020, which aims at a transition from an
ECOWAS of states to ECOWAS of peoples.
“Osei-Mensah assured me of the safety of
Nigerian businesses and people in Ghana, noting that he would personally
take up the matter with the authorities to ensure that the shops were
reopened immediately.”
Ekweremadu added, “Nigeria and Ghana have
come a long way and it is my hope that we will continue to nurture this
relationship for the mutual benefit of our respective countries.
“Meanwhile, I am in touch with the
Nigerian business community in Ghana, including the National President,
Nigerian Union of Traders Associations, Ghana, Mr Chukwuemeka Nnaji, and
I have urged them to remain calm, law-abiding
and continue to live in peace with their hosts in the spirit of African
and ECOWAS brotherhood.”
In the meantime, the Petroleum and
Natural Gas Senior Staff Association of Nigeria has highlighted the need
to reform the nation’s oil and gas industry in a bid to ensure economic
development.
PENGASSAN, in its Independence Day
message to Nigerians, said the government must resolve to address the
gaps in the legal framework guiding operations and activities in the oil
and gas industry through the passage of the Petroleum
Industry Bill.
Noting that the PIB had suffered several
setbacks, the President, PENGASSAN, Mr Francis Johnson, said, “The bill,
when passed, will attract and retain more investments. We believe that
the benefits derived from a reformed oil
and gas sector will assist in the development of other sectors of the
economy to prepare the country for the future of a nation without oil.”
According to the association, the
Independence Day anniversary affords Nigerians the opportunity to review
the progress made so far as a nation in its socio-economic and
political journey, and to appreciate the sacrifice of thousands
of forefathers who laid down their lives to make the country breathe
the air of freedom and to keep Nigeria as one united and indivisible
nation.
It said while the country had managed to
stay together as a nation with abundant human and natural resources that
could make it great, a lot of work would be required for the country to
take its rightful place in the global stage.
The statement read in part, “Nigeria has
had 19 years of uninterrupted democratic rule. It is also right to say
that Nigerians have made a lot of progress in the field of agriculture,
commerce, banking, and manufacturing.
“However, there are many challenges that
must be surmounted for us to be a great nation indeed. Issues of
insecurity, infrastructural decay, nepotism, unemployment, impunity,
illegal migration, capital flight, abuse of power and
recklessness of the political class continue to dominate national
discourse.”