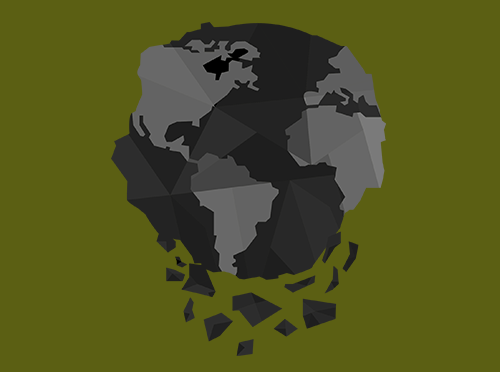 According to the latest Reuters poll of economists on the Eurozone
economic outlook, a majority of them sees a modest slowdown in the
economic growth this year when compared to that seen in 2017, in light
of a brewing US-led trade war.
Key Findings:
“The
currency bloc grew at its fastest pace since the 2007-2008 financial
crisis last year, but lost momentum in early 2018 and the coming year’s
outlook remains tepid, with inflation slowing down slightly and veering
away from the target.
The main risk to the outlook remains the
United States and China’s tit-for-tat trade tariffs and threats that
there are more in store.
Still, the Reuters poll of 90 economists
taken between Aug. 13 and 21 shows that the European Central Bank is on
track to shutter its asset purchase programme by December after
spending a whopping 2.6 trillion euros on bonds to boost price pressure.
Nearly
two-thirds – 33 of 53 economists – said Trump’s trade disputes have had
a damaging impact on their eurozone growth predictions. While the
remaining 20 respondents said they had no impact, none of the economists
expected them to be beneficial.
Median growth forecasts for
early next year were downgraded from a July poll. Quarter-on-quarter
growth was expected at 0.4-0.5 percent every quarter this year and next.
Forecasts ranged from 0.3 to 0.6 percent.
The economy should expand 2.1 percent this year after 2.7 percent in 2017, slowing down further to 1.8 percent in 2019.
When
asked about the probability of a eurozone recession over the next 12
months, the median view rose to 15 percent from 10 percent in last
month’s poll.
The poll showed the ECB
will hike its deposit rate by 15 basis points to -0.25 percent in the
third quarter of next year and the refinancing rate to 0.25 percent from
zero in the fourth quarter of 2019.”