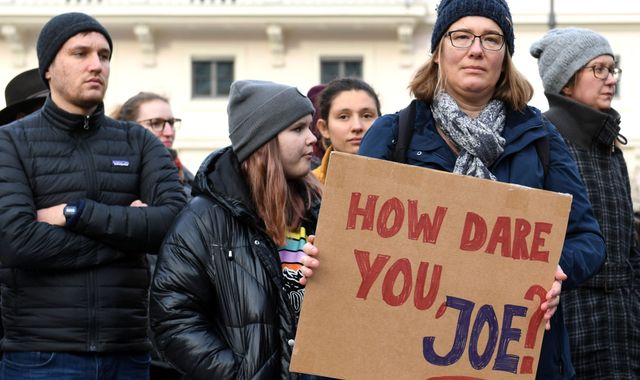 Environmentalists protested at the German Headquarters of BlackRock, the biggest shareholder in German engineering giant Siemens, demanding that the asset management company stop Siemens’ involvement in a controversial mining project in Australia.

The protest, which came before Siemens’ annual shareholder meeting on Feb. 5, criticised the company’s continuing resolve to provide equipment for a large Australian coal mining project, which sparked protests across both countries.

Fink said that BlackRock was increasingly likely to veto executive boards’ decisions if a company does not focus sufficiently on sustainability.

Earlier, the Greenpeace finance expert, Volker Gassner, asked BlackRock to live up to its own expectations, urging the company to stop Siemens’ involvement in the mining project.

The U.S. company holds shares in more than 15,000 companies worldwide.