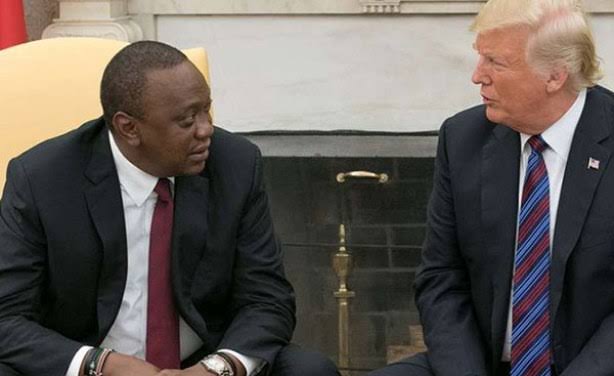 President Uhuru Kenyatta of Kenya is leading a delegation to the US for discussions on a new trade deal that officials say will be different from the Africa Growth Opportunity Act (Agoa), and set the tone for the rest of the continent.

The EastAfrican has learnt that Kenya is seeking a deal that will not be reliant on frequent renewals.

Rather, officials say they want a bilateral agreement that will be activated once through parliamentary ratification, and ended through the same legislative decisions, rather than one that focused on sub-Saharan Africa in general.

Agoa was signed into being in 2000 by President Bill Clinton and was renewed twice. It will expire in September 2025.

Officials in Nairobi say they have activated “preemptive” negotiations to get a replacement to Agoa as soon as possible.

“Agoa has lived its course so it makes sense that we need to get a new deal, that is much better,” he said.

“A lot of work will go into it before the final outcome is reached. But this step is an assurance to all our businesspeople that we do not want a vacuum (when the Agoa expires) and we hope it will be a better, and expanded version.”

On Thursday, the Kenyan cabinet approved the commencement of trade talks with the US in what State House in Nairobi said was a trade deal that “will help Kenyan goods to have smooth access to the expansive US consumer market especially as the Agoa pact comes to an end.”

﻿No petrol scarcity during Xmas – NNPC