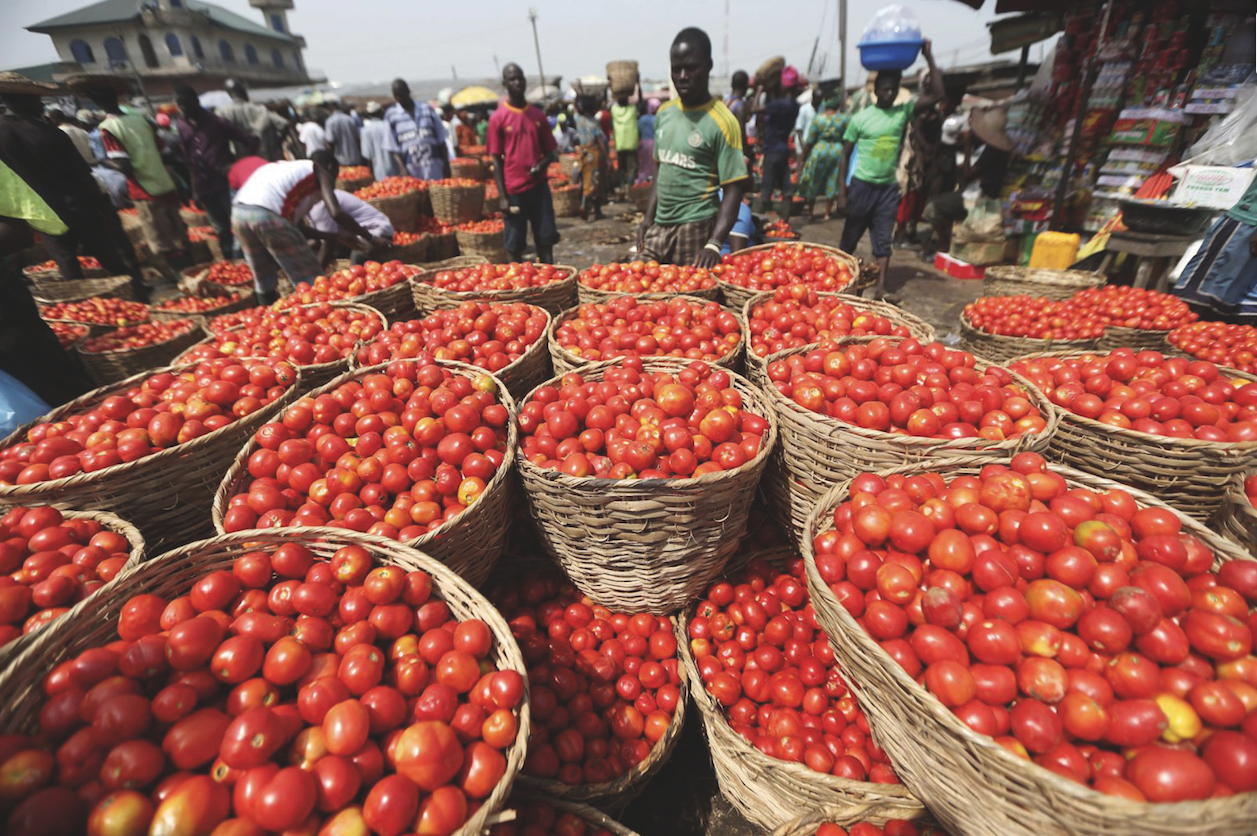 The Central Bank of Nigeria (CBN) has reaffirmed commitment to the promotion  of tomato value chain to meet the need of Nigerians and address the shortfall of about 1.2 million tonnes valued at about 2.5billion dollars annually.

The CBN Governor, Mr Godwin Emefiele, disclosed this at the Ground-Breaking ceremony of Tomato Jos at Kangimi community in Kaduna.

The company has a 500 hectres of land with potential to cultivate tomato of 400 hectres and it is expected to begin production in 2021.

Emefiele explained that the annual production of tomato in the country was estimated at about 1.701 million tonnes while annual consumption was at 2.93 million tonnes.

He said the shortfall of 1.2 million tonnes were met through importation and smuggling.

He stated that tomato was among the commodities that played an important role in the demand for foreign exchange in the economy.

The governor however called for a holistic approach in tackling these and other related challenges bedeviling the tomato value chain.

“The CBN, as far back as June 2015, before the current tomato policy was approved in 2017, had excluded importers of 41 items from accessing foreign exchange at the Nigerian foreign exchange (forex) markets, to encourage local production.

“One of the items declared not valid for forex was tomatoes and tomato paste in which the import bill, at the time, was significantly contributing to the pressure on the forex reserves.

“Pursuant to the above, we introduced the Commodity Champion model in the first quarter of 2019, to stimulate production of tomato and strengthen the end-to-end linkages in the value chain from input supplies to the final Consunmer.

“The strategy adopted is largely hinged on the twin approaches of out-grower contractual arrangement in the short to medium term, and backward integration in the medium to long term”he explained.

Emefiele noted that the flag-off of Tomato Jos Processing Plant today, marked a key milestone in bank’s intervention in the agricultural sector which was a manifestation that the multi-faceted commodity approach adopted was yielding positive outcomes.

“Tomato Jos Farming and Processing Limited is one of the Key projects we are supporting in the tomato value chain and the reality of today’s event is an attestation to the objectives of the administration of Mallam Nasiru El-Rufai, whose dedication to the industrialisation of the State led to the creation of the environment that enabled Tomato Jos to be a reality.

In her remarks, the U.S Ambassador to Nigeria, Ms Mary Leonard congratulated the management of the company for the wonderful initiative.

Leonard said the United States Mission in Nigeria was happy and proud of this development brought to Nigeria.

She added that U.S was ready to support Nigeria in its course to promote agriculture and other key areas to achieve its developmental agenda.