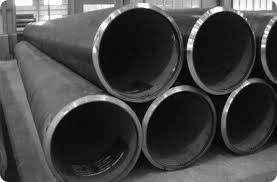 The Manufacturers Association of Nigeria (MAN) has urged the government to strengthen its negotiating mechanism and ensure that gaps in the economic ecosystem are addressed to maximally benefit from the Africa Continental Free Trade Area (AfCFTA) in 2020.

Its Director-General, Mr Segun Ajayi-Kadir, in Lagos advised that in 2020, government should focus on mitigating the supply side constraints which he said had limited the sector’s competitiveness.

“As you are aware, we are entering the implementation stage of the AfCFTA in July 2020.

“Government synergy with the key private sector operators should be deepened; this is both in consultation ahead of policy formulation and implementation and active involvement in monitoring.

“It should re-focus and deliberately expand private sector participation in the provision of trade facilitation infrastructure and even public utilities.

“There has to be a major boost in power supply, accelerated repair of roads, particularly in the industrial areas and an immediate amelioration of the hellish state of our Lagos Ports.

“This has degenerated into a nightmare as manufacturers are paying more than one million Naira and waiting for more that two weeks to get their 40 foot container out of the port!

“Another one is the multiplicity of fees and levies, often by different tiers of government.

“One can only look at 2020 within the context of current policies of Government and its stated objectives in the coming year.

“In this regard, there appears to be challenging times ahead, but with the certainly that government appears to be aware of the issues and amenable to tackling them,” he said.

He however said that the menace of smuggling had been lessened by the current border closure which explained was not a sustainable, palatable or permanent solution.

He called for modern technology and a reorientation of the relevant trade related agencies of government to check this trade haemorrhage.

The Director-General also opined that some of the adopted policies would negatively impact the manufacturing sector in the year 2020.

He said that the increase in the Value Added Tax rate would certainly compound the challenge of high level of unplanned inventories of manufactured goods, and dampen the impact of the worker’s minimum wage increase.

“We have a deficit financials that will transit 2019  to 2020, without any sign or expected to vanish.

“This will put enormous pressure on government resources and reduce its capacity to deal with the infrastructure deficit bedevilling the economy.”

“With a growth rate that may not go beyond 2 per cent and a double digit inflation rate, deepening forex restrictions in the face of inadequate local supply of raw materials, the sector may not show any appreciable improvement from its current levels.” He said.