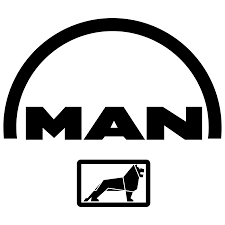 The Manufacturers Association of Nigeria (MAN) on Friday urged the Federal Government to provide the necessary guidelines for access infrastructure loan.

MAN Director-General, Mr Segun Ajayi-Kadiri, gave the advice in Lagos following the Federal Government’s re-presentation of request for a facility to address the infrastructure deficiencies to the National Assembly.

Ajayi-Kadiri said the Federal Government was requesting the Senate’s approval for loan facility of about 30 billion dollars to actualise projects in the power, agriculture, transport and mining sectors.

He said government had not provided the needed details in that request, adding that was the reason why the 8th Assembly could not pass in.

The director-general said that the 39 emergency projects in the Power, Agriculture, Transport and Mining sectors should redress some infrastructure and sectoral performance and linkage deficits.

“To this extent, the projects are needful and their successful completion would boost the productive capacity of the economy.

“A possible consolation remains that this loan is not programmed to fund consumption, but to improve our productivity.

“However, improved productivity is dependent on the government’s strategic allocation, project execution, monitoring and management of its foreseen impact on subsisting government inflows and financial commitments,” he said.

Ajayi-Kadri also advised the government to address the rising debt profile of the nation.

“The rising debt profile of Nigeria continues to be a cause for concern, especially the capacity of government to effectively service it and meet the needs and aspiration of the citizenry.

“Already, our budget projections for 2020 anticipates a debt service sum of ₦2.45 trillion, an amount higher than the ₦2.14 trillion earmarked for capital expenditure.

“Nigeria’s debt stock increased by 3.11 per cent from

Ajayi-Kadri said it was so, though our debt-to-Gross Domestic Product (GDP) ratio, which currently stood at 28 per cent, was still below the average in Africa, our revenue-to-GDP ratio remained low.