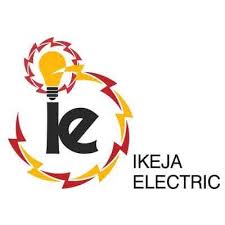 Customers of Ikeja Electricity Distribution Company (IKEDC), have expressed concerns over the firm’s full implementation of e-billing system which took effect in November.

The customers saidin Lagos, that the e-bills had several issues that needed to be addressed urgently.

The introduction of e-billing, customers would no longer receive paper bills; rather, bills would be sent via electronic platforms such the IE Bill portal, IE mobile application, Email, USSD, and SMS.

A landlord, Mr Tunde Omole who resides at Agege area of Lagos, said the combination of both physical distribution and e-bills which was being done in the past few months was better than the current system.

Omole said: “even after paying your bill, sometimes the IKEDC officials still come and disturb you for the physical copy.

“This is going to create room for exploitation and extortion of electricity users unless the officials are put in check by the company.”

Mr Emmanuel Okoro, another landlord under the Akowonjo Business District, said some landlords did not receive any bill for the month of October due to the changes.

“Some landlords have not gotten their bills up till now and yet IKEDC officials are going about disconnecting customers.

“Also, in the past, some landlord’s e-bills and physical bills were different and this should have been resolved before the full implementation,” he said.

Similarly, Mr Jaiye Adewale of Iyana Ipaja area said some tenants who were sharing bills were uncomfortable with the e-billing system.

“Even when we were paying using physical bills, some tenants will still dispute the amount shared to them not to talk of now when the text message is only sent to one person.

“People will take time to get used to it and IKEDC needs to exercise patience,” he added.

Reacting to complaints by consumers, Mr Olusola Ayeni, the Corporate Communications Officer, IKEDC, said the company would look into the issues raised by the customers.

Ayeni said the e-billing system was part of IKEDC’s move to leverage on innovation and technology to improve customer satisfaction and experience.

He said: “as a forward-thinking organisation, we understand that a critical element of a product development is customer convenience and ease to access.

“This is what we intend to achieve by providing post-paid customers with easier options of receiving monthly bills via SMS, e-mail, USSD, IE Bill Portal and IE mobile app.

“We believe that our customers appreciate innovative services that offer convenience, eliminate hitches and also fit their lifestyle; which is what e-billing guarantees.

“Therefore, this initiative is driven largely with interest of customers at the heart of our business.’’