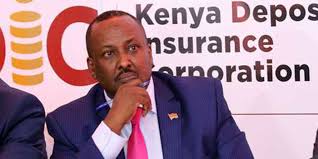 The governments are working on increasing compensation for victims of collapsed banks as part of efforts to boost depositor confidence in the banking industry, which has had incidences of bank failures in the past five years.

Regional member states are working towards harmonising rules and regulations for dealing with troubled banks as part of measures to enhance the stability of the region’s banking sector.

In 2016, the EAC member states through the Monetary Affairs Committee resolved to jointly put in place measures to deal with troubled banks.