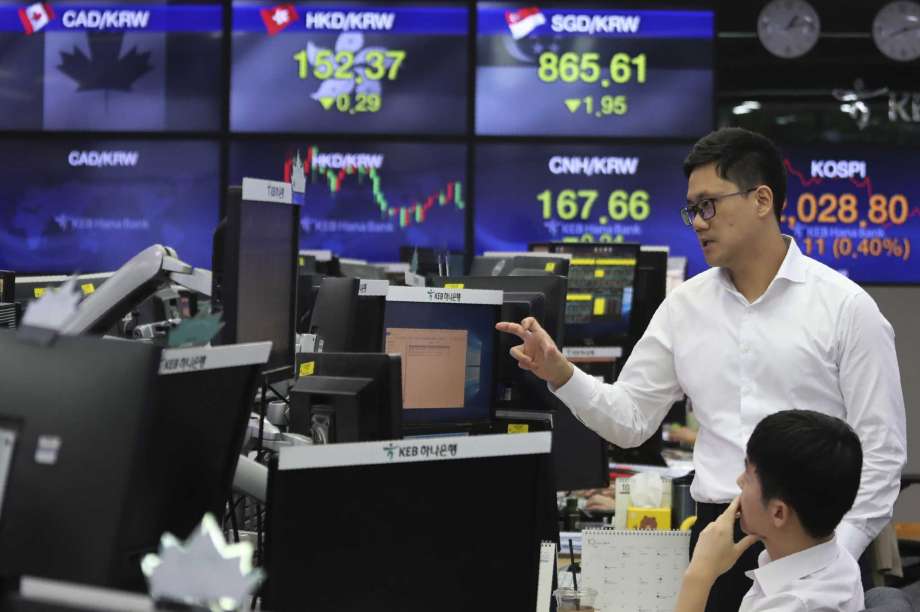 Asian shares edged higher on Monday after data showed the U.S. unemployment rate dropped to the lowest in almost 50 years, easing concerns of a slowdown in the world’s largest economy.

MSCI’s broadest index of Asia-Pacific shares outside Japan rose 0.16 per cent. Australian shares were up 0.63 per cent. Japan’s Nikkei stock index opened higher but reversed course and fell 0.2 per cent.

The offshore yuan CNH fell around 0.3 per cent to 7.1337 to the dollar after Bloomberg reported that Chinese officials are signaling they are increasingly reluctant to agree to a broad trade deal pursued by U.S. President Donald Trump.

There was no onshore yuan trading, as Monday is the last day of a long China holiday for its national day.

The media report also pushed up safe-haven assets such as gold and the yen.

Crude oil futures pared losses to trade little changed amid caution about a resolution to the trade dispute.

Sentiment toward the U.S. economy deteriorated sharply much of last week after disappointing data on manufacturing and services suggested the trade war was taking a toll, and more rate cuts would be needed to avert a potential recession in the world’s biggest economy.

But a modest September increase in U.S. jobs, announced on Friday, eased some of these concerns and lifted U.S. markets that day.

The U.S. unemployment rate fell to 3.5 per cent in September to reach the lowest since December 1969. Non-farm payrolls also grew in September, but slightly less than expected.

“Moderate job growth and subdued inflation in the United States is a positive for stocks,” said Shusuke Yamada, head of FX and Japan equity strategy at Merrill Lynch Japan Securities in Tokyo.

This week, the main focus will be the high-level U.S.-China trade negotiations expected in Washington on Oct. 10-11 to see if the two sides can end a bruising year-long trade war that has hurt global growth and raised the risk of recession.

“The dollar is a little soft heading into U.S.-China trade talks,” said Yamada. “I see some scope for yen gains, but it is not likely to be a big move higher.”

The United States and China have slapped tariffs on each other’s goods as part of a long-running dispute over Beijing’s trading practices, which Washington says are unfair.

Central banks around the world have been easing policy to try to offset the impact of the trade war.

The Federal Reserve has lowered interest rates twice this year. Before the jobs report, traders saw a 85.2 per cent chance the Fed will cut rates by 25 basis points to 1.75 per cent -2.00 per cent this month, but that chance has now fallen to 81.1 per cent, according to CME Group’s FedWatch tool.

The yen JPY=EBS, also considered a safe-haven asset, edged slightly higher to 106.85 versus the U.S. dollar and gained to 72.12 per Australian dollar.

In addition to worries about the global economy, signs of oversupply in the oil market are weighing on futures prices.

Political instability in Hong Kong could hurt market sentiment after China’s army took the unusual step of issuing warnings to anti-government protesters in Hong Kong over the weekend.

Hong Kong’s stock market is closed on Monday for a public holiday. Trading will resume on Tuesday.

Four months of often violent protests against Chinese rule has pushed the former British colony to the brink of recession and posed a serious challenge to Beijing’s control of the city.