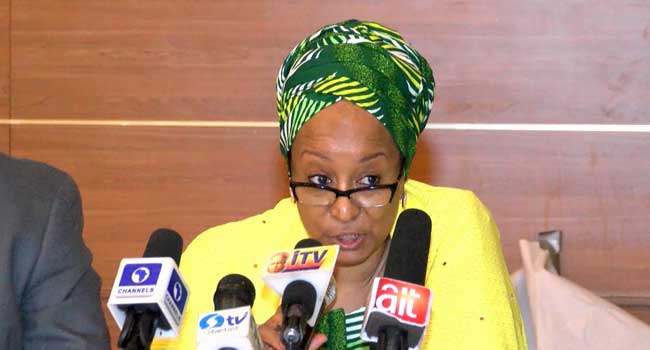 The Special Adviser to the President on Social Investment, Mrs Maryam Uwais, says the Federal Government is in the process of  building a National Social Register (NSR) for a reliable database of poor and vulnerable households across the country.

Uwais disclosed this in a statement by Justice Bibiye, Communications Manager, National Social Investment Office (NSIO), on Tuesday in Abuja.

According to Uwais, the NSR can be desegregated into age, gender, disability, educational levels, among others for proper planning of social intervention programs at the National, State and Local Government levels.

Represented by  represented by Sola Afolayan, the Monitoring and Evaluation Manager, NSIO, Uwais said it would also be available for third parties who intend to utilise the information therein for research and philanthropic activities.

Uwais also highlighted ongoing efforts to develop a Consolidated Beneficiary Register (CBR) comprising data collated from all the four components of the Social Intervention Programmes(SIPs) of the Federal Government.

Uwais said the CBR was being developed to facilitate visibility, tracking and measurement of the impact and growth of each beneficiary across all the National Social Intervention Programmes (NSIP).

She said the identification efforts were being spearheaded by the National Social Safety Net Coordinating Office (NASSCO).

Uwais said the identification efforts were to develop an authentic database of poor and vulnerable households through Poverty Mapping, Community Based Targeting and a Proxy Means Test on devices provided for the process.

According to her, all beneficiaries of the National Cash Transfer Programme are mined from the Social Register:

“The  process for enumeration and identification has  commenced in the remaining States and at various stages of completion.

“A draft law has been prepared along with a 5-year Road Map, which documents are being considered before finalization.

“Efforts are also underway to explore feasible sources of funding, for a sustained and concerted impact to ensure the strategic reduction of poverty and unemployment, within the constraints of restricted funding and unlimited population growth,” she said.

Chairman of the occasion, Prof. Sadiq Radda, described corruption as the bane of Nigeria’s development, adding that the fight against the illicit practice was a collective task that must be done for the country to make meaningful progress.

Radda said efforts were being intensified by government to repatriate more of the “Abachaloot” and other stolen Nigerian funds stashed away in foreign accounts abroad.

He said such funds when returned, would be well utilised to finance people oriented projects such as the National Social Investment Programme (NSIP).

The forum with the theme, “Increasing Transparency and Participation in the implementation of the Social Investment Programmes’’ provides a platform for public accountability in the utilisation of funds budgeted and released for the SIPs.