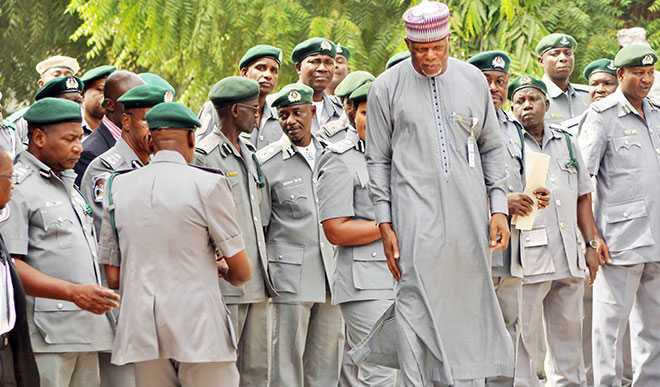 The Nigeria Customs Service (NCS) has confirmed the arrest of 100 illegal migrants by the Inter-Security Task Force set up to conduct joint border security in four geopolitical zones.

Mr Joseph Attah, the Public Relations Officer of NCS, said  in Abuja on Tuesday that 8,360 of 50kg bags of imported rice and 122 bags of fertilizer also were seized by operatives.

According to him, other items seized are 77 vehicles, 781 drums filled with Premium Motor Spirit (PMS) as well as 16,371 empty 200 litres drums to be used for smuggling of PMS and 1,491 packs of assorted drugs.

The exercise was intended to better secure the borders, boost national economy and strengthen border security, he reported.

The intensive joint border patrol is being coordinated by the Office of the National Security Adviser (ONSA) in the four zones of North West, North Central, South West, and South South.

Blatant trade bullying will only backfire