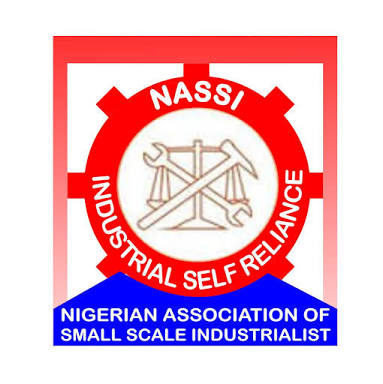 The Nigerian Association of Small Scale Industrialists (NASSI), says it is partnering with the Centre for International Private Enterprise (CIPE), U.S.A to improve Micro, Small and Medium Enterprises (MSMEs) in Nigeria.

Vongfa said the partnership with CIPE became necessary due to the challenges being faced by the association as well as the zeal to propel MSMEs to be effective and well grounded.

“Due to some lapses discovered in the management of the association, we sought for help through the CIPE, U.S.A and it intervened by sending its consultants to drill the association on good governance,’’ he said.

The national president said that based on that, CIPE recently held a Diagnostic Meeting with NASSI aimed at studying the association to overhaul its operation.

He said that based on that diagnostic meeting, there was an outcome of action plan that would run for three years for the association based on the questioneers CIPE rendered.

“The diagnostic meeting revealed certain areas in which the management of the association has problems. As part of its strategic plan, CIPE has to redo our statutory plan to suit international best practice, the implementation would start mid September,’’ he noted.

Vongfa, however, called on the National Executive Committee members of NASSI who were the statutory body to give necessary corrections and approve the outcome of the meeting for implementation.

He said that the survey was carried out by its regulatory agency, Small and Medium Enterprise Development Agency of Nigeria (SMEDAN) in collaboration with the Nigerian Bureau of Statistics (NBS).

The national president added that the survey revealed that among the 41 million MSMEs recorded, about 37 million were micro and the smaller level.

“This is to show that majority of people doing business in Nigeria based on the survey are at micro level which is the centre of our own sector,” he said.

Describing NASSI as the bedrock of the MSMEs in the country, he decried the challenges bedevilling it, which included lack of funds which also affected its growth.

“Government should take it very serious and intervene by injecting more funds into the MSMEs, people are willing to take loan and pay back, the major issue is recovering the loans.

“When you have Business Management Organisations (BMOs) behind any disbursement, you will recover the loan effectively.

“If there are sufficient funding, there will be more job creation and poverty reduction, it goes simultaneously,” he added.

Speaking on the African Continental Free Trade Area (AfCFTA)  agreement, he said that initially NASSI was not fully prepared for it but with the recent intervention by CIPE and the numerous benefit of the agreement, NASSI must be part of it.

“We are also encouraging government to support by providing  machines and equipment that can improve production and quality of products to boost competitiveness. That is the key to implementing the AfCFTA agreement.

“Why we cannot be very competitive with the global issue is the problem of finishing of the products of some of our members which is very poor, if the packaging is not sophisticated it will not move the pmarket.

“Packaging is one of the outcomes from the CIPE diagnostic meeting because you have to catch the eye for patronage.

“We are taking our advocacy to government, you cannot do a policy that will favour only the conglomerate or the big companies while we the major sector of the economy suffer it most.

“If we cannot compete due to lack of support and fund, the AfCFTA agreement will be a disadvantage to us but if this understanding is there, it will help us,” he said.

NASSI which has its mandate to drive and promote MSMEs in the country has been established for more than 40 years, it has offices in all states of the federation including the FCT.