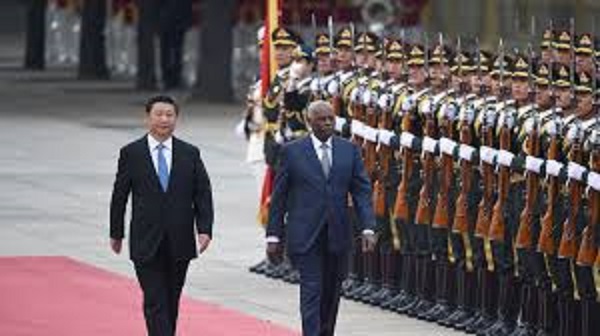 China is seeking to strengthen cooperation with Angola and enhance parliamentary exchanges.

Wang Chen, a member of the Political Bureau of the Communist Party of China Central Committee, has met with Angolan President Joao Lourenco and Acting Speaker of the Angolan National Assembly Emilia Carlota Dias on the issue.

Wang told Lourenco he was conveying cordial greetings from Chinese President Xi Jinping and recalled the two meetings between the two leaders in Beijing last year.

At the meeting, both leaders reached important consensus and charted the course of the bilateral relations.

He also called for close international cooperation to oppose unilateralism, safeguard free trade, defend the common interests of developing countries, and promote the building of a community with a shared future for mankind.

Lourenco asked Wang to convey his sincere wishes to President Xi and expressed appreciation for the valuable support China has provided for the country’s cause of national liberation and economic and social development.

During his meeting with Acting Speaker Dias, Wang said the National People’s Congress of China is willing to strengthen exchanges with the National Assembly of Angola in such areas as legislation and supervision, so as to create a good legal environment for promoting cooperation.

Echoing Wang’s words, Dias expressed willingness to strengthen friendly exchanges at all levels with the National People’s Congress of China.