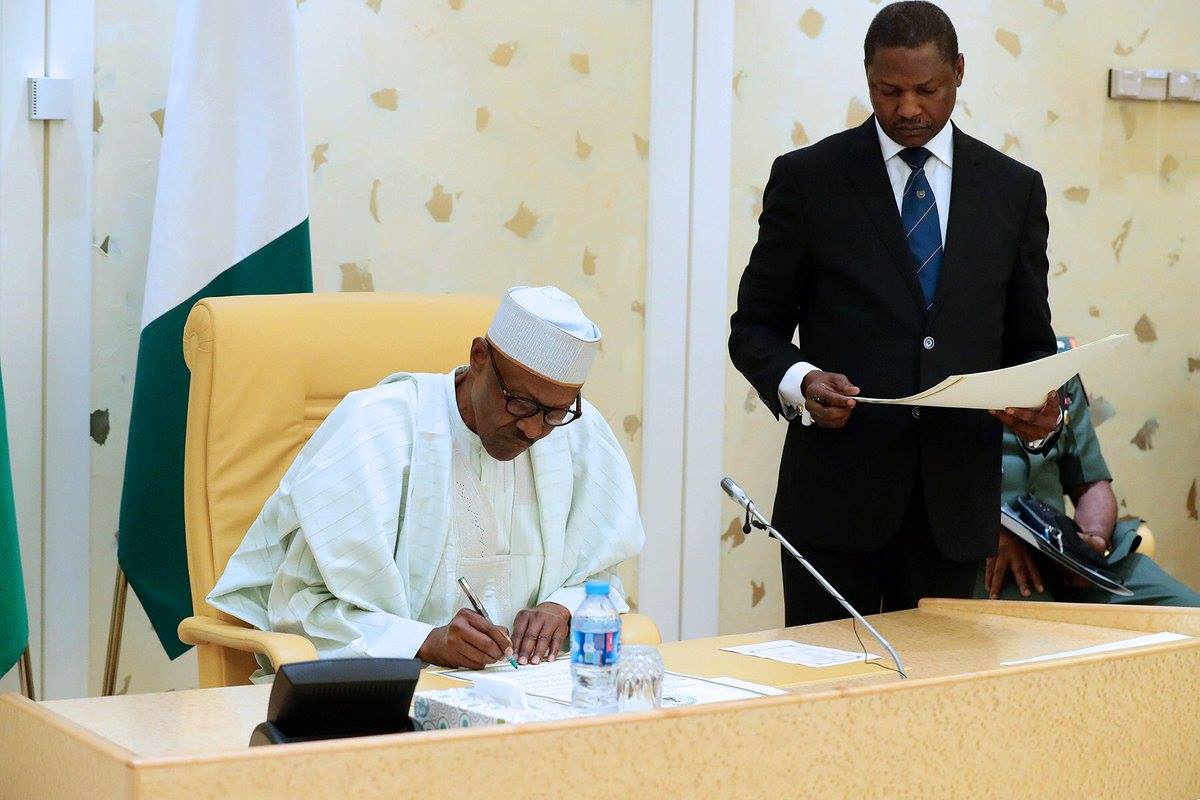 President Muhammadu Buhari is reported to have approved an impact-assessment report on African Continental Free Trade Area (AfCFTA), an indication that Nigeria was set to sign the agreement.

The continent’s largest economy is getting set to join the Area which was expected to take effect on May 30 with 22 African countries having ratified the agreement.

Sierra Leone (21st member to ratify) and the Saharawi Republic (representing the 22nd ratification) ratified the agreement on April 29.

The agreement is meant to enter into force 30 days after the 22-country threshold is reached.

As a result, the African Union and African Ministers of Trade are expected to finalise work on supporting instruments to facilitate the launch of the operational phase of the AfCFTA during an Extra-Ordinary Heads of State and Government Summit on July 7.

The continental pact was launched by the AU Summit in Kigali in March 2018 and by April 30 this year, 52 countries out of the 55 had signed the agreement.

Nigeria is one of the three countries that have not signed the agreement, which seeks to boost intra-African trade, stimulate investment and innovation.

The agreement requires member countries to remove tariffs from up to 90 per cent of the 200 items traded on the continent, making them cheaper for consumers.

But Nigeria, Africa’s largest and most populous economy, which had refused to sign the agreement had argued that the move would undermine its local manufacturers and entrepreneurs and convert the county into a dumping site for finished goods.

The AfCFTA seeks to bring together all 55 member states of the AU covering a market of more than 1.2 billion people, including a growing middle class, and a combined gross domestic product of more than $3.4 trillion.

“I think the president has a sense of urgency about this because when he asked us to conduct an impact assessment study, we were given just three months to finish everything and we have done so,” said Okechukwu Enelamah, Nigeria’s Minister of Industry, Trade and Investment.

“We do need to conclude our processes and make sure that the train doesn’t leave the station and go far before we join,” he added.

AfCFTA’s main objective is to create a single continental market for goods and services, with free movement of business persons and investments, and thus pave the way for accelerating the establishment of the Customs Union.