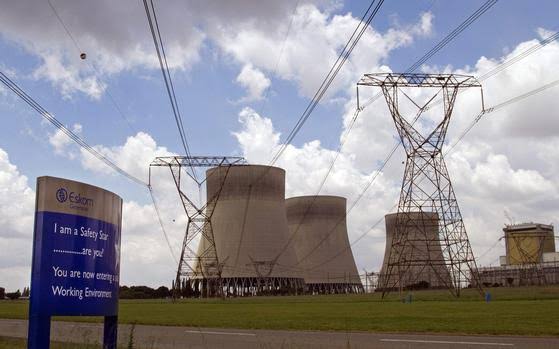 South Africa’s state power firm Eskom said it was not likely to implement electricity cuts on Friday as the performance of its power plants improved.
The power firm also said it had made progress in replenishing its water and diesel reserves.
“The power system, however, remains tight and vulnerable. While Eskom is making every effort to limit load-shedding (power cuts), it could be implemented at short notice should there be a shift in plant performance,” Eskom said in a statement.
Eskom had implemented five straight days of power cuts this week.