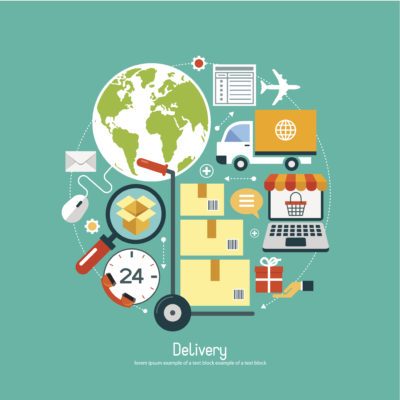 Rwanda is seeking to increase its share of digital commerce revenues by joining the Alibaba-led trading platform, Electronic World Trade Platform, just as the global market in digital commerce is estimated to reach more than $3 trillion this year.
The global gains would see Africa claiming less than $20 billion in e-commerce revenue.
Internet users in emerging markets outnumber those in developed markets by a ratio of 2:1. Yet many emerging markets have struggled to access the benefits of digital commerce.
Having signed onto Alibaba’s platform in October 2018, Rwanda’s President Paul Kagame is already seeing benefits.
The opportunity to sell on the platform “brings in the otherwise marginalised, [such as] … the young people, the farmers. This has helped bring them a connection with the consumers,” Kagame told delegates to the World Economic Forum meeting in Davos.
He says that extending digital commerce through the trading platforms has “democratised benefits” of global trade.
Jack Ma, executive chairman of Alibaba Group Holding, notes that many countries provide incentives and benefits for large companies to participate in global trade; however, small and medium-sized enterprises (SMEs) often get left behind.
“We think there should be free trade zones for small businesses,” Ma explains. He views the trading platform as a means to level the playing field for young people and SMEs to give them direct access to global markets.
Rwandan coffee growers have already seen the advantages. Ma notes that the platform initially offered 2 000 bags of coffee for sale, and the merchandise sold out in three days.
He projected 200 000 coffee packages would sell this year. Having direct access to Chinese markets means higher profits and the elimination of intermediaries for the coffee farmers.
Is there a risk that Rwanda will come to rely too heavily on a single company’s electronic platform? Kagame reports that, as long as the technology brings job opportunities and revenue to the Rwandan people, he isn’t worried about diversifying the technology.
In the future, Ma predicts that the platform could offer away to increase digital commerce within Africa.
Currently, the technology connects Rwanda to Chinese buyers and sellers; however, Ma hopes to add other African countries to the network, which would facilitate intra-African trade.
Increasing intra-African trade is already a goal of many nations. Last year, 44 nations signed on to join the African Continental Free Trade Area, which would reduce tariffs and other barriers to intra-continental trade.
Ma sees the technology as helping better distribute the benefits of globalization: “A lot of people don’t like globalisation,” he says. “But we believe in globalisation.”
Source