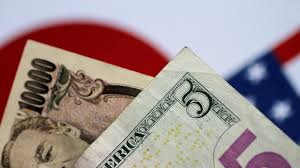 Beginning from April, over a third of Japanese firms have resolved to raise capital expenditure in the fiscal year.

Many other firms are worried about the impact on spending plans of a trade war between major markets China and the United States.

Tit-for-tat import tariffs and ensuing uncertainty have started to drag on global growth and hurt Japanese firms, particularly those with business in China.

This has made many nervous about corporate investment, which before the trade war began last year had been a bright spot in Japan’s economy.

“We are being affected by U.S.-China trade friction, so we are curbing capital investment until the outlook becomes clear,” a manager of a machinery maker wrote in the Jan. 7-16 survey.

“Uncertainty about the global economy as a whole is causing some Japanese firms to hesitate to make active investments,” wrote a manager at another machinery firm.

Meanwhile, 22 per cent planned to increase investment, and 14 per cent said they would do likewise but only moderately.

The Reuters Corporate Survey, conducted monthly for Reuters by Nikkei Research, polled 480 large and mid-sized firms with managers responding on condition of anonymity. Around 250 answered the questions on capex and trade issues.