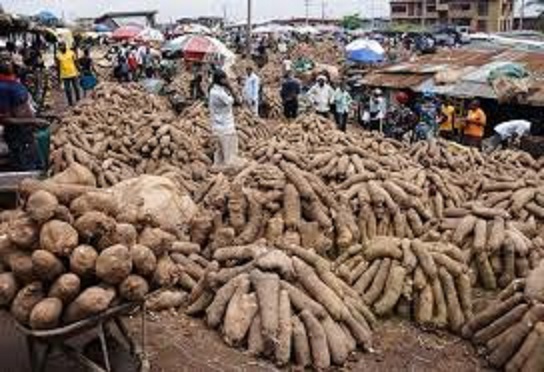 Nigeria is targeting the exportation of more than 5, 760 tonnes of yam to different countries in 2019.

Prof.Simon Irtwange, the Technical Committee on Nigeria Yam Export, said that the committee was unable to achieve 50 per cent of the same target in 2018.

Irtwange said that the existence of the 1986 Export Prohibition Act and logistics issues were hindering successful operations of yam exports in the country.

“We are still targeting 5,760 tonnes for exportation this year which is the same target last year.

“We were unable to do up to 50 per cent of last year’s target because of some difficulties and logistics problem.

“We are trying to attack those issues very vigorously.

“We have written to the Ministers of Agriculture and Trade about the Export Prohibition Act to put pressure on the National Assembly to do Nigerian farmers this favour.

The chairman noted that there were no cases of yam rejection at the international market in 2018.

“There was no rejection of our produce, the challenge we are having is that because there is an Export Prohibition Act in place especially in the United Kingdom.

“Once they see our yams there, they will say it is contraband because they are aware of the ban on export of yam out of Nigeria because our country prohibits it.

“So, it is even better to label our yams Ghana yam for it to be accepted in United Kingdom markets,’’.

Irtwange, also the President of Yam Farmers, Processors and Marketers Association of Nigeria, appealed to the government to provide incentive for farmers to produce sufficient yams across the country in 2019.

According to him, once there is an incentive for the farmer, they will go into large scale and a lot of farmers are doing that now.

Oil prices recover on lower output from U.S., others